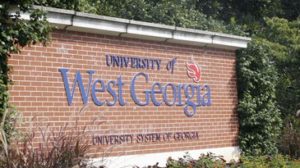 June 2, 2020 – Macon, GA-based Myers McRae Executive Search and Consulting has been called in by the University of West Georgia to lead its search for a new provost and vice president for academic affairs. Emily Parker Myers, CEO, and Kenny Daugherty, president, are leading the assignment.

Reporting directly to the university president, the provost and vice president for academic affairs is the chief academic officer, serves as the dean of the faculty, and is responsible for the formulation and implementation of all academic plans, policies, priorities and innovation.

The provost will be expected to guide the allocation of resources to ensure that the curriculum remains vibrant, relevant, rigorous and celebrates the academic standards of the university’s accrediting and licensing agencies which appropriately reflects the mission of the University of West Georgia, said the search firm. The provost will serve as a principal advisor to the president, chief administrator in the president’s absence, and may be called upon by the president to represent the university administration at key functions.

“The provost must possess a progressive record of increasing academic leadership and a distinguished record of teaching, scholarly achievement and professional accomplishments sufficient to qualify for appointment at the rank of professor in one of the university’s academic programs,” said the search firm. “Finalists for the position will successfully perform in an on-campus interview that includes a public presentation.” An earned doctorate is required.

The university’s next provost will be a strategic leader engaged with the school’s community and support an institutional culture grounded on genuine collaboration and team oriented leadership. Candidates should demonstrate:

The University of West Georgia is a leading residential, doctoral comprehensive university that offers a broad undergraduate and graduate curriculum based on a liberal arts foundation. Founded in 1906, the institution grew from a district agricultural and mechanical school to a two-year institution and was granted four-year college status in 1957. The school was recognized with university status in 1996.

Myers McRae serves colleges, universities, independent schools and other not-for-profit institutions. Nearly all of its search professionals have a minimum of 20 years of experience in higher education. The majority of the firm’s searches have been for presidents, chancellors, provosts, vice presidents, deans and other senior academic and administrative leaders. Myers McRae recently placed the president of Judson College, provost and dean at the Citadel and director of development at Piedmont College, among other roles.

Ms. Myers has led Myers McRae since 2008. As the firm’s executive officer, she has broadened the firm’s scope and modernized processes, emphasizing responsiveness, timeliness, effectiveness and affordability. While utilizing new technology in the executive search process, Ms. Myers said she remains committed to the firm having person-to-person connections with candidates and that clients stay at the center of every search.

Known for her leadership expertise and commitment to excellence, Ms. Myers brings to the firm’s searches her extensive firsthand knowledge and experience in higher education administration. For most of her career, she served as senior vice president of university advancement and external affairs at Mercer University.

Mr. Daugherty has an extensive background in higher education administration, having served 28 years in public and independent institutions. Throughout his career in higher education, he had personnel responsibilities and served on numerous search committees for professional staff and administrators for the institution. Mr. Daugherty has conducted hundreds of searches for schools across the nation, including presidential searches for the University of Montana Western, Northwest Missouri State University, McDaniel College, Oakwood University, Kentucky Wesleyan College, Pasco-Hernando State College, Pierpont Community and Technical College, Wichita Area Technical College and the Georgia Independent College Association.