Stay Connected:
Gen Z, the latest generation to join the workforce, is more positive about the future, say nearly 60 percent of the professionals who responded to a new Korn Ferry survey. More than half of the respondents believe that Gen Zers will bring more motivation to their work. Leading search consultants weigh in from Kinsley|Sarn Executive Search, The Ropella Group, The Bowdoin Group and IRC Global Executive Search Partners! 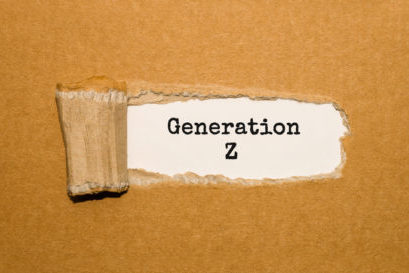 September 13, 2019 – Generation Z. It is the first generation to know only a digital world. Its members grew up playing on their parents’ mobile devices, and many had their own smartphone as early as elementary school. Now that they’re on the brink of entering the job market, older workers are wondering how these “digital natives” will impact the workforce. There are many other monikers given to this generation, including Digital Natives, Globals, Post-Millennials, Millennials-On-Steroids, iGeneration, Plurals, the Homeland Generation, Centennials and Delta Generation, or Deltas.

As the generation born between 1997 and 2010 enters the workforce, a new Korn Ferry survey of professionals of all ages examines how the next generation in the workplace is bringing plenty of optimism, big purpose and less stress than Millennials (born from 1982 to 1996). Nearly two-thirds of respondents (60 percent) said Gen Z is more positive about the future. In the workplace, that forward-thinking outlook is a big ingredient for success.

The Korn Ferry report found that more than half of the respondents said that the Gen Z members will bring more motivation to their work than Millennials do and that Gen Z will place more emphasis on whether their work has purpose.

To Korn Ferry senior director Mark Royal, it’s a belief the younger group is “ready to take on the world.” It’s a far cry from when Millennials first started entering the workforce in the early 2000s. “Indeed, there were countless articles about how older workers viewed Millennials as entitled, lazy, self-absorbed and disloyal to their employers,” he said. “Those stereotypes of Millennials have been dispelled (or at least not expressed so openly any longer since many Millennials are now bosses). Nevertheless, experts say it’s noteworthy that Gen Zers do not have those stigmas hanging over them when they enter the workforce.”

Professionals also viewed Gen Zers as are less anxious than Millennials. Two thirds of respondents said Millennials are more stressed. Mr. Royal attributes some of that to the different events that each generation came of age with. “Millions of Millennials were in the early stages of their careers when the Great Recession began in 2007, while their parents were still in the middle or latter stages of their careers,” he said. “Between 2007 and 2009, many lost their jobs, fell behind on their finances or experienced other hardships that persisted for years.”

11 Things You Need to Know About Generation Z
They have known the digital world since birth, and now they are entering the workforce. Kevin Sheridan, a renowned talent consultant, provides 11 traits you should know about this digital native generation, along with insights from expert recruiters from Bridge Partners and Executives Unlimited.

Generation Z members, on the other hand weren’t even in high school yet when the economy started to recover in 2009. “We have seen nearly a decade of prosperity, and that is what members of Gen Z experienced in their formative years,” Mr. Royal said.

Survey respondents were split on which generation values work/life balance more and which generation will be easier to work with. But nearly two thirds, 65 percent, of Millennials are more motivated by moving up quickly in their careers than Generation Z members are. “Each new generation entering the workforce brings with it unique attributes and challenges,” said Mr. Royal. “The key for managers is to understand what motivates all employees to bring their best to their jobs every day and to create a culture where all employees feel supported and valued.”

“Mark Royal nailed it when he stated that understanding individual motivators is critical to creating successful multi-generational cultures,” said Kellie Sarn, managing partner at Kinsley|Sarn Executive Search. “When you invest the time to acknowledge the differences, leverage the strengths, and identify opportunities that harness the collective passions and values of your workforce, exceptional results happen. This can only happen when managers are willing to flip the script on generational differences and realize that it actually provides the ideal environment to experience and foster incredible organizational growth.”

“Although there are some distinct differences between generations, you should always try to meet candidates and employees without preconceived notions about who they will be,” said Patrick Ropella, chairman of The Ropella Group. “After all, you never know when someone will surprise you. The best way to build relationships and drive employee motivation is to get to know them on a personal level, to learn what drives them and what they’re truly interested in. ‘Snowflake’ has become a common insult to hurl at younger generations – originally aimed at Millennials, but there has actually been conversation about renaming Gen Z ‘Generation Snowflake’ – but that’s really how you have to approach your relationship building. Each individual is unique.”

“With the addition of Gen Z, we now have five generations in the workplace — meaning five unique facets of needs and motivation,” said Dave Melville, founder and CEO of The Bowdoin Group. “Executives and senior HR leaders face the challenge of addressing all of those needs when growing their teams. Just as millennials have drastically changed the way we work — for example achieving greater work-life balance and finding more professional purpose and meaning — Gen Z will make their own marks on today’s workplace. Executive and HR teams that listen and respond to Gen Z needs in the same ways they’ve done with millennials and other generations will be ahead of the pack in attracting and retaining them.”

“The report provides some interesting and useful observations about the younger workforce,” said Rohan Carr, president of the IRC Global Executive Search Partners. “However I wouldn’t overemphasize the differences between generations over time – I think sometimes the way we look at different generations can say as much about but the observer as the person being observed.” In his experience, he said that fundamental issues of motivation, engagement, the boss-subordinate relationship and work value have not changed. “Maybe something that should be also looked at is the impact of technology and the speed of change and how this is affecting workers at all levels,” he said.

Check Out These Related Articles on Younger Generations:

What Companies Are Looking for In Younger Workers How Generation Z Will Impact the Future Workforce Working with Millennials: Easier Said Than Done