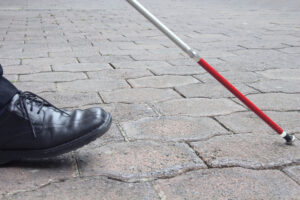 September 23, 2022 – Non-profit recruitment firm  m/Oppenheim Executive Search has been enlisted to find the next president and chief executive officer for the American Foundation for the Blind (AFB) in Arlington, VA. Leading the assignment are Lee Kappelman, Oscar Quiros, and Mark Oppenheim.

The new leader will be charged with ensuring that AFB’s fiscal, operations, marketing and communications, human resources, technology, and program strategies are effectively implemented across all segments of the organization and will provide overall direction and day-to-day management, said m/Oppenheim Executive Search. The president and CEO must also define vision, strategy, objectives, and messages, and will function as the organization’s lead fundraiser and relationship builder.

Key objectives of the role will include directly supervising the senior leadership team and attract and maintain a high-performance organizational team. This leader will also be expected to strengthen the organization’s finances and fundraising. He or she should also measurably shift perspectives, policies, and practices across society so that those with vision loss can fully participate in our economy and civil society at all levels.

In alignment to the strategic plan, the president and CEO must also deliver (or partner with others to deliver) data, research, education, employment, and digital inclusion services that support those who are blind or have low vision, said the search firm. The CEO and management team’s success will be measured in terms of concrete beneficial impact delivered to its constituents.

Major responsibilities of the role will revolve around leadership and management; public relations, marketing, and communications and advocacy; revenue generation and fundraising; and board relations.

AFB’s president and CEO must articulate and continually refine AFB’s vision and mission statement to provide the context and focus for AFB’s work and serve as a platform for cultivating support, said m/Oppenheim. The individual must also develop, implement, execute, and periodically update AFB’s long-range strategic plan outlining objectives, programs and success metrics, among other duties.

The successful candidate will have lived experience of a person who understands the realities of living with blindness, said m/Oppenheim Executive Search. Management experience in the private, non-profit, or public sectors with a track record of advocacy, fundraising/friend-raising, driving earned income, and program delivery is critical. Candidates should also have leadership experience in developing, implementing, executing, and evaluating impactful strategic plans, with an emphasis on accountability and success metrics.

Prospects will also be expected to have a demonstrated track record in attracting and maintaining a diverse and effective team, while building a culture of collaboration and trust among constituents, staff, partners, and an oversight board. Experience working closely with industry leaders, government officials, heads of
organizations, and the news media, while serving simultaneously as an effective
spokesperson, advocate, operating leader and fundraiser is also important.

The mission of the American Foundation for the Blind is to create a world of no limits for people who are blind or visually impaired. This non-profit mobilizes leaders, advances understanding, and champions impactful policies and practices using research and data. Since 1921, AFB has been a leader in expanding possibilities for the nearly 32 million Americans living with vision loss. A national nonprofit with offices in five U.S. cities, the organization champions access and equality, and stands at the forefront of new technologies and evidence-based advocacy.

San Francisco-based m/Oppenheim was founded by Mr. Oppenheim after a 28-year career in organizational development, professional services, and executive search consulting. The organization goes back to two firms founded by the Oppenheim family: CM Oppenheim & Associates, a New York-based company which later extended its operations into Europe, and Phillips Oppenheim, based in New York and focusing on service to non-profits.

After a career spanning the business, non-profit and government sectors, in 2003 Mr. Oppenheim joined Phillips Oppenheim and upgraded the firm’s operating infrastructure, founded the West region’s office, extended its presence nationally and drove an expansion of its business. In 2008 the East and West regions split, and Mr. Oppenheim and his team founded m/Oppenheim Associates.

Ms. Kappelman, a principal with the firm, has a 30-year career as a non-profit leader, executive search and fundraising consultant, artist representative, and film and television producer. She previously headed the search and fundraising practices at Arts Consulting Group and led fundraising at the Baltimore Symphony Orchestra. Ms. Kappelman has held senior executive positions at CBS Television and King World Entertainment. She was also a literary agent in Los Angeles and New York.