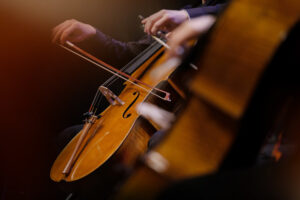 Reporting to the chairperson of the board of directors, the president must be an entrepreneurial leader who will lead MSO in achieving its artistic, financial, community relations, educational and diversity, equity, inclusion and access initiatives, said the search firm. The scope of responsibility will be to partner with Mr. Beck to realize his creative vision for a 21st-century orchestra by maximizing contributed and earned revenue, providing staff leadership and mentorship, spearheading strategic short- and long-range planning, and cultivating all audiences, locally, regionally, statewide, and nationally.

As the leader of a dynamic and community-focused symphony orchestra, the president is expected to work closely with the board, staff and musicians to build a dynamic partnership with Mr. Beck to develop an artistic vision of programs and presentations that can be administered within appropriate budgetary constraints, and that will inform, attract and engage the interest of the diverse City of Jackson and regional public while also securing recognition nationally.

The president will also be responsible for identifying stakeholders, developing strategies and defining how key messages will be delivered to various individuals and institutions to maximize visibility, brand, and most importantly, contributed and earned revenue opportunities. He or she will serve as the chief fundraiser and spokesperson for the organization. The president must provide direction and impetus to the fundraising activities of the board and staff for all aspects of major gift cultivation and solicitation.

The ideal candidate will be an arts professional with management experience in a performing arts organization known for innovative programming, artistic excellence, inclusion, and strong ties with the community; an extensive background or passion for performing arts and educational and public programming would be an advantage. The individual should have knowledge of current trends and developments in the performing arts that will develop new and younger audiences.

Candidates must also have the ability to work successfully with donors, community members, performing artists, educators and the board of directors to strengthen the orchestra. Prospects must have measurable and successful results in selling tickets and raising funds and in identifying, cultivating, and soliciting donors and other sources of revenue and in managing change.

A detailed understanding of operations and financial management and ability to analyze financial reports and develop and monitor realistic budgets is also required; experience in a performing arts organization or similar environment would be an advantage.

Founded in 1944, the Mississippi Symphony Orchestra is the cornerstone of Mississippi performing arts and has a long history of innovation, creativity, and excellence. MSO is an innovative regional orchestra that presents orchestral music performances, programs, and education of the highest quality to residents and visitors of Mississippi. As the largest professional performing arts organization in the state, the financially stable MSO performs about 20 concerts and 100 full orchestra and small ensemble educational performances statewide for more than 30,000 Mississippians each year.

m/Oppenheim was founded by Mr. Oppenheim after a 28-year career in organizational development, professional services, and executive search consulting. The organization goes back to two firms founded by the Oppenheim family: CM Oppenheim & Associates, a New York-based company which later extended its operations into Europe, and Phillips Oppenheim, based in New York and focusing on service to non-profits.

After a career spanning the business, non-profit and government sectors, in 2003 Mr. Oppenheim joined Phillips Oppenheim and upgraded the firm’s operating infrastructure, founded the West region’s office, extended its presence nationally and drove an expansion of its business. In 2008 the East and West regions split, and Mr. Oppenheim and his team founded m/Oppenheim Associates.

Mr. Hanthorn has had a career of more than 30 years as a performing arts CEO, during which he led and built opera companies in Atlanta, Milwaukee, and Dayton. Prior to joining m/Oppenheim, he founded a consulting practice serving arts and cultural organizations locally, nationally, and internationally.

Mr. Redick has 30 years’ experience as a chief executive, fundraiser and recruiter for youth development, human services, K-12, higher education and healthcare nonprofits. He has strong experience working with economically-disadvantaged communities, and in the process has fostered partnerships with churches, civic groups, legislators, and other community leaders.