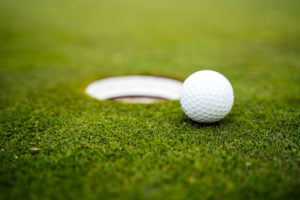 February 16, 2021 – Spencer Stuart has been enlisted to find a new commissioner for the Ladies Professional Golf Association (LPGA). Last month, Mike Whan announced that he would be leaving the tour this year after 11 years in the top job. He will stay with the association through the search. The LPGA board of directors is directing the process. It will be managed by the commissioner search and transition committee led by LPGA board chair Diane Gulyas. The search committee is made up of four LPGA members and three independent directors.

“The LPGA is excited to work alongside Spencer Stuart as we conduct a rigorous search for the association’s next commissioner,” said Ms. Gulyas. “Under LPGA commissioner Mike Whan’s extraordinary leadership, the LPGA’s growth and impact on the growth of women’s golf and the broader sports landscape has been remarkable. With this solid foundation of brand and financial strength, we believe the association is well-positioned to attract that next individual ready to propel the organization to even greater heights in expanding opportunities for our LPGA members. We are committed to finding the leader who will preserve our unique culture and guide the association through this next chapter in its storied history.”

In a letter to LPGA staff, tour players and teaching professionals. Ms. Gulyas laid out the process for the search. “We have outstanding candidates from within the LPGA and expect quality, diverse candidates from outside the association who will be interested in the position,” she wrote.

Ms. Inkster, a World Golf Hall of Fame member, told Golfweek that the most important factor would be the new commissioner’s honesty, be it a man or woman. “That’s what we need in a commissioner,” she said. “It’s not always going to be a bed of roses and the players have to know that. I think that’s the No. 1 thing.”

We have outstanding candidates from within the LPGA and expect quality, diverse candidates from outside the association who will be interested in the position,” said Ms. Gulyas.

Spencer Stuart also led the search in 2009 that resulted in Mr. Whan’s appointment as LPGA commissioner. “Spencer Stuart and the search committee are committed to a collaborative search process and will engage with LPGA Members, partners and other key stakeholders in the development of the position profile,” said the LPGA. “The process will also include a review of both internal and external candidates.”

Back in 2012, Spencer Stuart helped place Chip Brewer as president and chief executive officer of Callaway Golf Company, overseeing the second-largest equipment company in the golf industry. Mr. Brewer still is in this position today.