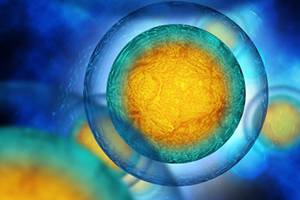 Both have extensive industry expertise and a proven track record of developing and scaling teams at pace. Since joining La Fosse, they have recruited what the firm describes as a strong team of experienced recruiters with track records across a number of specialties, including global pharma, biotech, CROs and medical devices.

The life sciences sector is predicted to continue its rapid growth, with global R&D spend alone expected to reach $181 billion in 2022, compared to $156.7 billion in 2016, according to research by Deloitte. “With two industry leaders leading the practice’s development, La Fosse is well-poised to take advantage of this booming industry,” La Fosse said.

Ms. Murtagh specializes in competitive clinical operations and regulatory affairs markets, and will be focusing on interim recruitment in DACH, the Benelux, U.K. and the U.S. In her previous role, she established a global life sciences practice for Hydrogen Group, growing it from concept to a major market player.

“I was attracted to La Fosse’s ambitious growth plans and extensive client-base in the venture capital and private equity markets,” Ms. Murtagh said. “As global managing director of the life sciences team, I look forward to scaling my team to provide exceptional service to clients in the U.K. and abroad.”

Mr. Reeves specializes in immuno-oncology and CAR-T. In his 10 years working within life sciences recruitment, he has led large teams and has been the highest billing consultant in three agencies. Previously, he was managing director at Xplore Pharma, a life science recruitment agency.

“La Fosse is well-known for its great brand and collegiate culture, which are major assets when scaling teams, from both a client and talent attraction perspective,” Mr. Reeves said. “It’s an ambitious but caring company, and the right environment for us to build an exceptional practice in our area of specialization.”

Closing the Deal with Candidates in the Life Sciences Sector
The competitive landscape of the life sciences industry is transforming recruiting. “Growing pressure to rapidly advance scientific discovery and expand market share is making the competition to attract top talent as fierce as ever,” according to a report by Dan Strauss, head of the pharmacovigilance and risk management practice at Klein Hersh International.

“As a high-growth industry founded on innovation, life sciences shares many characteristics with our core markets,” said James Parker, CEO. “Building out this capability will also allow us to better support to our private equity and venture capital clients. We are delighted to have Stephanie and Leslie onboard, and I look forward to building a world-class offering together.”

La Fosse Associates takes a values-led approach. The firm is co-owned, with 40 percent of equity being gifted to staff over time. The firm has a compound annual growth rate of 38.2 percent, more than three times the industry average, said La Fosse. The firm recruits across a range of areas: executive leadership; interim management; change and transformation; digital and development; ERP & CRM systems; information and cybersecurity; strategy and architecture; BI, data and analytics; private equity; and VC-backed start-ups.

La Fosse Associates recently announced the introduction of a new division placing chairman and non-executive director (NED) roles. The division is led by Jack Denison, who will be working with Louis Rado, founder of the NED Network. The team is working with clients across various industries, particularly in private equity. They are currently engaged on a number of assignments, said the firm, including a chairman role at a high-profile FTSE 250 business.

“We’ve seen a remarkable demand, reflecting the value chairmen and non-executive directors add in both fast-growing young firms and established players,” said Mr. Denison. “With the increasing success of our Interim function, establishing this practice was the next logical step. It will allow us to continue providing our clients with the best possible assistance in a competitive market and we are looking forward to the challenge.”

In addition, La Fosse Associates has continued its expansion in the U.S. with the opening of a new office in New York. The opening builds upon the success of the firm’s first U.S. practice, in Los Angeles, which opened in 2016. With an already established executive network and strong track record in the New York metropolitan area, the New York office will allow La Fosse to better support its U.S. client-base, the firm said. The New York office is expected to provide more comprehensive support for U.K.-based companies looking to build teams on the East Coast.

Check Out These Related Articles On Life Sciences Recruiting: