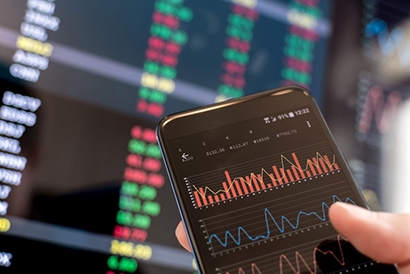 September 10, 2018 – Shares of Korn Ferry (NYSE:KFY) dropped precipitously in afternoon trading on Friday upon the release of the company’s first quarter fiscal 2019 revenue report to Wall Street. The 23.5 percent decline put Korn Ferry shares on pace for their biggest one-day selloff since the search firm went public nearly 20 years ago.

During the quarter, Korn Ferry announced a rebranding campaign under which it is sunsetting its sub-brands (Hay Group and Futurestep) and moving to one unified brand – Korn Ferry. In connection with this move, the company incurred a charge of $106.6 million related to tradenames from prior acquisitions that it will no longer be using, resulting in an operating loss of $55.1 million with an operating margin of (11.8 percent). First quarter diluted loss per share was $0.70 compared to diluted earnings per share of $0.51in the comparable period last year.

But sunsetting brands and ditching trade names – and incurring an expense to do so – is nothing new. Analysts say investors overreacted and sold down the stock as a result. A look at the company’s latest figures bears this out: Korn Ferry performed well during the quarter, posting revenues of $465.6 million, a 16 percent increase from $401.3 million last year. Organic growth was driven by all three lines of its business, with executive search fees growing 19.7 percent, RPO and professional search expanding 27.5 percent and advisory services increasing 8.9 percent.

It’s been an amazing run for Korn Ferry – and the recruiting sector in general – with the industry up nearly 10 percent on the year, according to figures released earlier this year by Hunt Scanlon Media.

The Los Angeles-headquartered executive recruiter and leadership consultant – the largest in the Americas as ranked by Hunt Scanlon – recorded a loss of $38.6 million, or 78 cents per share, compared to net income of $29 million, or 55 cents per share, a year ago. The results beat Wall Street expectations. The average estimate of three analysts surveyed by Zacks Investment Research was for earnings of 72 cents per share.

Just this past June, SunTrust RH analyst, Tobey Sommer, raised his stock price target to $76 from $72 (the stock now trades at $49 and has traded in a range of $35 to $69 in the last 52 weeks) and reiterated his buy rating – citing continued strength in the company’s talent acquisition business.

“I am pleased to report fee revenue of approximately $466 million and strong profits, with adjusted EBITDA of approximately $71 million during our recently completed first quarter,” said Gary D. Burnison, CEO. “Overall, our revenues are up 16 percent year over year, with balanced growth across the firm. As disclosed last quarter, we are sunsetting our legacy logos and migrating to one unified brand – Korn Ferry,” he said. “Over the next 15 months, we will continue to move our organization towards an industry, solution and geographic orientation to capture the substantial opportunity we have as an organizational consulting firm.”

During the quarter, its executive search business in Asia was up 22 percent and EMEA was up 18 percent. According to the company’s senior vice president for investor relations, Gregg Kvochak, Korn Ferry’s expansion in the quarter was broad-based: by industry specialty, its consumer goods and financial services practices were each up 23 percent; its technology practice was up 16 percent, industrial was up 15 percent and life sciences & healthcare rose 14 percent.

545 search consultants supported that sector growth in the quarter – with annualized fee production per consultant topping out at $1.42 million. 1,708 new search assignments were opened during the first quarter, up three percent from the year ago period.

Hedge Fund and Other Investing Activity

A number of institutional investors have recently added to or reduced their stakes in Korn Ferry’s stock: Chartwell Investment Partners recently lessened its stake in the firm by 4.8 percent. The investment company owned 351,332 shares of the business services provider’s stock after selling 17,668 shares. Korn Ferry comprises about 0.6 percent of Chartwell Investment Partners’ holdings, making the stock its 20th largest holding. Chartwell owned approximately 0.62 percent of the search firm worth $21,758,000 as of its most recent filing with the Securities and Exchange Commission.

Byrne K. Mulrooney, CEO of Korn Ferry’s professional search, RPO and products segment, sold 1,607 shares of the firm’s stock in a transaction that occurred three days after Mr. Burnison’s sale. The stock was sold at an average price of $65.07, for a total transaction of $104,567.49. Mr. Mulrooney now owns 74,680 shares in the company, valued at approximately $4.9 million. Insiders have sold a total of 46,293 shares of company stock worth $2,923,128 in the last quarter. Company insiders own just 0.91 percent of Korn Ferry’s stock.

Assuming worldwide economic conditions, financial markets and foreign exchange rates remain steady, Korn Ferry expects revenue in the range of $470 million to $490 million for the fiscal second quarter. Analysts surveyed by Zacks had expected revenue of $476.9 million. The firm also expects its per-share earnings to range from 76 cents to 84 cents.