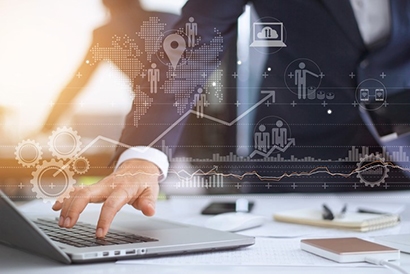 Executive search revenue increased 23.8 percent year over year, or $32 million, to $166.5 million from $134.5 million last year. All three regions contributed to growth in search: Revenue increased 23.6 percent in the Americas region, 22.9 percent in Europe and 25.6 percent in Asia Pacific. The global technology & services, financial services, consumer markets and industrial practices were key drivers of growth with billings up 52 percent, 30 percent, 31 percent and 19 percent respectively, compared to the 2017 second quarter.

The Chicago-headquartered recruiter — the third largest in the Americas as ranked by Hunt Scanlon Media — recorded net income of $11.5 million and diluted earnings per share was 59 cents. This compares to a net loss of $18.2 million, or 97 cents per share, last year. This also topped Wall Street expectations, which was calling for earnings of 45 cents per share.

Heidrick Consulting revenue increased 16.3 percent sequentially to $16.6 million compared to the 2018 first quarter.  A year-over-decline of 6.3 percent, or $1.1 million, from $17.7 million in the 2017 second quarter largely reflects the impact of new revenue recognition accounting on enterprise license agreements, which increased deferred revenue compared to prior quarters by about $0.8 million.

“Record net revenue in the second quarter was driven by broad based results in executive search and sequential growth in Heidrick Consulting,” said Krishnan Rajagopalan, president and CEO. “This improvement in revenue coupled with savings in general and administrative expenses resulted in an operating margin of 10.1 percent, the highest since the 2008 third quarter, and significant improvements in net income and EPS,” he said. “We are executing on our key 2018 initiatives to grow our scale and impact with clients, collaborate across business lines to drive revenue, invest in the business to deliver a premium service experience to our clients, and improve profitability.”

A number of institutional investors have recently added to or reduced their stakes in Heidrick’s stock:

Dynamic Technology Lab Private recently acquired a new stake in the search firm worth about $330,000. Principal Financial Group lifted its position in Heidrick by 2.4 percent during the quarter. It now owns 143,985 shares of the firm’s stock worth $4.5 million after acquiring an additional 3,417 shares during the period. Her Majesty the Queen in Right of the Province of Alberta as represented by Alberta Investment Management Corp. recently acquired a new stake in Heidrick worth about $916,000.

Millennium Management also lifted its position in the firm by 37 percent during the quarter. It now owns 301,949 shares of Heidrick’s stock worth $9.4 million after acquiring an additional 81,528 shares during the period. Lastly, Element Capital Management recently acquired a new stake in Heidrick worth about $368,000. Currently, 84.93 percent of the firm’s stock is owned by institutional investors

Finally, BidaskClub cut the firm from a “buy” rating to a “hold” rating in a research report on June 20th. One investment analyst has rated the stock with a sell rating, three have issued a hold rating and two have assigned a buy rating to the company. The stock currently has an average rating of “hold” and a consensus price target of $29.33.

Heidrick is forecasting 2018 third quarter consolidated net revenue of between $170 million and $180 million. This forecast is based on the average currency rates in June and reflects, among other factors, management’s assumptions for the anticipated volume of new executive search confirmations, Heidrick Consulting assignments, the current backlog, consultant productivity, consultant retention, and the seasonality of its business.

“Our outlook for the market demand for executive search and leadership advisory services continues to be positive, and we are well positioned to create shareholder value by executing on our 2018 initiatives,” Mr. Rajagopalan said. “We will continue to identify and deliver the very best leaders to our clients around the world using our proprietary suite of assessment tools, and then help unlock the power of those leaders, and the teams and organizations they work in, to fast track their success.”

Heidrick & Struggles shares have risen 39 percent since the beginning of the year. In the final minutes of trading on Monday, shares hit $34.20, an increase of 85 percent in the last 12 months.