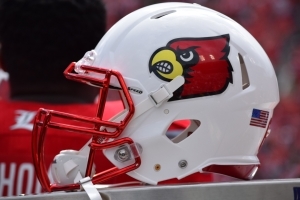 March 27, 2018 – Korn Ferry recently assisted in the recruitment of Vince Tyra as the new vice president for intercollegiate athletics and athletics director for the University of Louisville. The former business executive becomes just the third athletics director for the Cardinals in the last 38 years. The previous AD, Tom Jurich, was fired in the wake of an FBI investigation into recruits being secretly paid to commit to playing for the school’s basketball team.

Mr. Tyra had been a member of the University of Louisville Foundation’s board of directors when he was named interim AD in October. Since then, he has moved to stabilize the future of the Cardinals by extending the contracts for key coaches and making moves to efficiently restructure the administrative and support staff, with an emphasis on enhancing the student-athlete experience.

“We are convinced that Vince Tyra is the right fit to lead the University of Louisville athletics program,” said the school’s interim president Greg Postel. “He has provided strong leadership while continuing to move the Cardinals forward in all sports, building upon the legacy of previous athletics successes and taking the time to personally reach out to the fan base and donors as much as possible. The feedback we received from donors, community members, employees, athletes, the ACC and colleagues throughout the country has been extremely positive.”

Jed Hughes, who leads Korn Ferry’s sports practice, said Mr. Tyra is well suited for the permanent role. “I have recruited a lot of executives, and Vince Tyra is at the top of the food chain among executives in college or pro sports,” he said. “His experiences transfer well to the athletic director’s role. He’s an elite business builder, he understands the value of his stakeholders, he truly values the university, he has a passion for supporting student athletes, and he has shown a unique ability to change and improve cultures. In two or three years, he’s going to be one of the best athletic directors in America.”

The recruiter said he was impressed by Mr. Tyra from the start. “When we began this search, we interviewed him and thought ‘Wow, the bar is high,’” said Mr. Hughes. “We knew it was going to be tough to find candidates with his qualities. When we talked to representatives within the conference and at the NCAA, we found they felt the same way.”

A Louisville native, Mr. Tyra served as an operating partner for Southfield Capital, a Greenwich, CT-based private equity firm that invests in lower middle market companies. In that role, he served as chairman of the board of many investments, including Hallcon Corp., RCR International, Total Fleet Solutions, Dealer Financial Services and BioPharm Communications. Mr. Tyra recently served as chairman of the board and interim CEO of Elite Medical. He was also a corporate advisor for ISCO Industries, a privately-held piping supply company based in Louisville. Besides being a member of the University of Louisville Foundation board of directors, he also chaired the organization’s finance committee.

The University of Louisville fields 13 women’s teams and 10 men’s teams. The school has competed in the Atlantic Coast Conference since 2014. While playing in the Big East Conference from 2005 through 2013, the Cardinals captured 17 regular-season Big East titles and 33 Big East Tournament titles totaling 50 Big East Championships across all sports.

Mr. Hughes, of Korn Ferry, is renowned for identifying, assessing and developing leaders for sports organizations. His relationships within sports and intercollegiate athletics are extensive, having spent 20 years coaching in professional and intercollegiate football and working for five Hall of Fame coaches. Jason Belzer of Forbes has called Mr. Hughes the most valuable connector of the sports industry.

Witt/Kieffer Finds New AD for Yale University
Witt/Kieffer placed Victoria M. Chun as the new director of athletics of Yale University. Recognized by Street & Smith’s Sports Business Journal as a “Game Changer,” Ms. Chun has earned a stellar reputation as one of the most innovative and well-respected leaders in NCAA Division I athletics.

Just recently, Korn Ferry placed Carla Williams as the director of athletics at the University of Virginia. She becomes the first female African-American athletic director at a Power Five conference school and is the fifth active female AD at that level.

Mr. Hughes is the subject of a soon-to-be-released special edition of Hunt Scanlon Media’s ESR, which will focus on the sports & entertainment sector and provide a listing of the top 40 recruiting specialists serving its talent needs.

Bill Lennox, president at St. Leo University in Florida, said schools must make sure that the AD is a senior member of the entire university staff. “We moved the AD to the equivalent level of a vice president, so he sat in all of the meetings and in the decision making process with the rest of the VPs of the university,” he said.