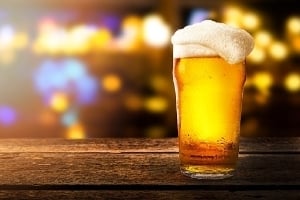 March 22, 2018 – Boston Beer Company recently named former Peet’s Coffee chief executive Dave Burwick as its new leader. Korn Ferry conducted the search, which began a year ago. Mr. Burwick replaces longtime president and CEO Martin Roper, who announced that he will retire this year. The company’s board of directors had known for over a year that Mr. Roper was looking to soon step away from the craft-beer powerhouse.

The company previously told Hunt Scanlon Media that it was looking for an executive that “shares our values, will protect and nurture our strong company culture, and bring value to the leadership team to help solve our business challenges.”

Jim Koch, founder and chairman of Boston Beer Company, said the new CEO has the experience to do a tremendous job. “The search committee unanimously agreed that Dave Burwick has the business experience and skills to lead the company forward and will be a great culture fit, appreciating how unique and special Boston Beer is as an organization,” he said  “We took our time to find the right person with the right intangibles – character, insights, personality and leadership skills.”

Mr. Burwick has a track record of innovation and business success in the beverage and consumer goods industries and has served on Boston Beer’s board of directors since 2005. In late 2012, Mr. Burwick was named president and CEO of Peet’s Coffee. Under his leadership, Peet’s more than doubled its sales and profits over the past five years. Prior to Peet’s, he served as president of North America for Weight Watchers and in numerous leadership roles over 20 years at PepsiCo, including chief marketing officer of Pepsi-Cola North America.

Rosenzweig & Co. Places Ombudsman for Beer Store
Rosenzweig & Co. has assisted the Beer Store in the placement of Charles Dougall as Ontario’s first beer ombudsman. Founding partner, Jay Rosenzweig and David Stinson, director of research, led the search. The beer ombudsman post was created at the request of the Ontario government when it announced beer sales would be permitted in grocery stores.

Mr. Roper headed Boston Beer company for more than 17 years. Under his leadership, the company quadrupled, growing from scrappy up-and-comer to the most successful leader of the craft beer revolution and a leading player in the hard cider and high-end beer categories.

The proliferation of craft brewers nationwide, however, has meant increased competition for its flagship brand, Sam Adams, which saw declining sales for the last several quarters. Sales of its other products, including Angry Orchard, Coney Island and Traveler brands, also declined in the most recent quarter as new competition in alcoholic soda emerged. Yet the company has seen increased sales with its Twisted Tea and newly launched alcoholic seltzer Truly Spiked & Sparkling.

“As a director for over 12 years, I have admired the accomplishments of Jim, Martin and the team, and I share their passion for brewing quality, and their commitment to drinkers, wholesalers and retailers that is demonstrated in everything the company does,” said Mr. Burwick. “I look forward to leading the team and believe the future is bright for Samuel Adams and all our other brands.”

Mr. Roper said he was proud of all that Boston Beer’s employees accomplished during his tenure. “I know that they and our leadership team are ready to work with Dave to continue to build on our current momentum,” he said. “I am excited to see where Dave will lead the company.”

The Boston Beer Company began in 1984 with a generations-old family recipe that founder and brewer Mr. Koch uncovered in his father’s attic. Today, it brews more than 60 styles of beer. Although Samuel Adams beer is America’s leading craft beer, it accounts for only one percent of the U.S. beer market.

Check Out These Similar Articles On Search For The Consumer Sector: