Menu
View our Events
Stay Connected:
America's largest craft brewer looks to replace long-time leader and taps nation's largest recruiter for help. It is a challenging time for the ale maker as competition nationwide bubbles up. On this St. Patrick's Day, let the hunt for a beer chief begin! 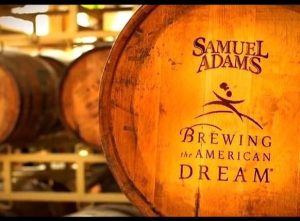 March 17, 2017 – Long time Boston Beer Company president and CEO, Martin Roper, has announced that he will retire in 2018. A search committee for his replacement has just been convened and the Sam Adams brewer tapped Korn Ferry to draught its new leader. The company said there is no set timetable for the search to be completed. The move comes as no surprise to the company’s board of directors, who have known for over a year that Mr. Roper would be looking to step away from the craft-beer powerhouse.

“I remain fully engaged and committed to leading the business as CEO until a successor is found and a seamless transition is completed,” said Mr. Roper, who has worked as Boston Beer’s president since 1999 and as CEO since 2001. He started at Boston Beer in 1994, serving as chief operating officer and vice president of manufacturing and business development. “I am incredibly proud of everything that the employees of Boston Beer have accomplished and believe our future is very bright,” he added.

“We are appreciative that Martin’s continued commitment to Boston Beer affords us the time to conduct a comprehensive search for his successor, while continuing to make progress against our 2017 business objectives,” said Jim Koch, board chair and founder. “With the strong leadership team he has built, we are set up for success, and I am confident we will find a very capable CEO to step into his big shoes and lead Boston Beer into the future.”

“We will be conducting a thorough, inclusive, and comprehensive search,” a company spokesperson told Hunt Scanlon Media. “At this time, we are just initiating the search process and have not made public the comprehensive capabilities that we’ll be looking for in a candidate.” One priority for the company: “Finding someone for the position that shares our values, will protect and nurture our strong company culture, and bring value to the leadership team to help solve our business challenges,” the spokesperson noted.

More Beer News From the North

Beer halls across America opened their doors early this morning, and that clearly was the case in and around Boston Beer Company as well as in many city enclaves across the nation on this beer drinker’s happiest of holidays. Up north, Canadians are also taking part in the all-day-drink festivities. To keep the spirit alive, let’s revisit an interesting beer search that took place at the start of 2017 ….. Here’s some further reading from Hunt Scanlon Media.

Rosenzweig & Co. Places Ombudsman for Beer Store
Rosenzweig & Co. has assisted The Beer Store in the placement of Charles Dougall as Ontario’s first beer ombudsman. Founding partner, Jay Rosenzweig and David Stinson, director of research, led the search. The beer ombudsman post was created at the request of the Ontario government when it announced beer sales would be permitted in grocery stores.

The incoming leader will be brought in at a challenging time for Boston Beer Company. The proliferation of craft brewers nationwide has meant increased competition for its flagship brand, Sam Adams, which saw declining sales in the most recent quarter ending in September.

Sales of its other products, including Angry Orchard, Coney Island and Traveler brands, also declined in the most recent quarter as new competition in alcoholic soda emerged. Yet the company has seen increased sales with its Twisted Tea and newly launched alcoholic seltzer Truly Spiked & Sparkling.

Mr. Roper is the second notable Boston Beer executive to announce a departure in the last two months. Alan Newman, who had been overseeing the company’s incubator, Alchemy & Science (now A&S Beer), retired at the end of 2016 after five years in that position. The company did not say if it was turning to a search firm to fill that role.

The Boston Beer Company began in 1984 with a generations-old family recipe that founder and brewer Jim Koch uncovered in his father’s attic. Today, it brews more than 60 styles of beer. Although Samuel Adams beer is America’s leading craft beer, it accounts for only one percent of the U.S. beer market.

It’s All About Culture

According to recruiters unaffiliated with this search, today’s consumer companies require leaders who can drive top-line growth and innovation across markets, channels, products, and customers, while managing tight bottom-line fundamentals. These same recruiters, however, point out that creating performance cultures that inspire employees at all levels of an organization is also of paramount importance when replacing leaders who have been in the same position, in cases like this one, for decades.

This can happen at all types of organizations, even outside of the ‘business’ world. In a search that started up just a few weeks ago at Elon University, the school turned to academic leadership recruiting specialist Storbeck / Pimentel & Associates to find its ninth president. Shelly Weiss Storbeck, the search firm’s co-founder and managing partner, is leading the assignment.

Leo M. Lambert, Elon’s popular president for the past 18 years, decided it was time to step down. But he’s agreed to remain in office until his successor is in place to ensure a smooth transition. The incoming leader will need time to grasp a deep understanding for Elon’s culture, which Mr. Lambert set forth and nurtured during his near-two decade tenure.

Mr. Lambert said it was time for fresh thinking and new leadership. To make that transition run as smoothly as possible, and to “ensure continuity of leadership,” as he referred to it, Mr. Lambert will work intimately with the school’s board of trustees to ensure a seamless transition. Once a new leader is installed, Mr. Lambert will take a one-year sabbatical to recharge his batteries. But in an unusual twist, he will then return in a support role still to be determined.