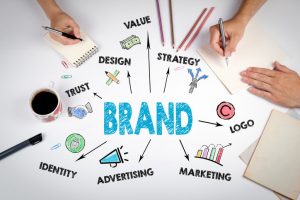 August 18, 2017 – Greenwich Harbor Partners has made four key placements in a significant buildout of the marketing team for Sonic Corp., a $4.5 billion company and the nation’s largest chain of drive-in restaurants. The roles filled were chief marketing officer, vice president of national marketing, vice president of digital strategies and chief brand officer.

The searches were led by Carrie Pryor, managing partner, and Ted Pryor, managing director, of the Greenwich, Conn-based search firm, which specializes in top-level hires for media, technology and digital transformation.

“This was partially a rebuild as the incumbent CMO had resigned,” said Mr. Pryor. “But it was more of an expansion of the company’s digital marketing team and an increase in investment in long-term strategic marketing leadership. Sonic wanted to accelerate its development of online and mobile marketing, digital customer experience and ecommerce for pick-up-and-go food ordering.”

When the company’s CMO was promoted internally, that opened up the VP national marketing position, which Greenwich Harbor Partners took on. The VP of digital strategies and the chief brand officer were entirely new positions for Sonic. “For the CBO, the company wanted a very senior executive with both marketing and management skills to oversee marketing, with the CMO as a direct report, but also brand strategy, end-to-end customer experience, product innovation and concept development, which is a broader portfolio than many CMO positions,” he added.

Apple has come to Ezayo seeking six recruiters. In these highly visible roles you will have the opportunity to join an amazing, robust, and agile team responsible for supporting this global leader’s worldwide corporate recruiting group. This is your best chance to act as a gatekeeper of Apple culture and join the revolution. Apply Now!

Darin Dugan, vice president of national marketing, brings 20 years of experience in food and beverage marketing to Sonic. Most recently, he was senior vice president of marketing and culinary for Applebee’s, and was responsible for brand positioning, marketing campaigns and a culinary overhaul. Previously, he worked for Kraft, holding leadership positions for key product categories and brands, including Kraft Salad Dressings, Miracle Whip, and Oscar Mayer Foods.

Jose A. Dueñas, executive vice president and chief brand officer, joins Sonic with more than two decades of marketing and brand senior leadership in the restaurant and consumer packaged goods industries. Most recently, he served as executive vice president and chief marketing officer for Olive Garden, where he was responsible for brand strategy, food innovation, guest experience design, advertising and communications, digital and social media, market research and guest relations.

“Sonic was looking to top-tier marketing executives and all of the placements had led the marketing function at their previous organizations. Importantly, all of the executives were experienced at managing innovative digital strategies,” said Mr. Pryor. “Digital marketing ability and experience was an absolute requirement. The company believes this team gives them significant new strength in marketing and digital strategy.”

The assignments reflected a shift in the marketing sector that Greenwich Harbor Partners has noticed in recent years. “We have seen a clear trend, where three years ago CMOs were hiring senior digital marketing executives for their marketing team, to this year when many CMOs are being selected because they have significant digital marketing experience,” said Mr. Pryor.

In 2015, Sonic enlisted Greenwich Harbor Partners to conduct four searches in digital marketing, all of which reported to the CMO. The company wanted its digital offerings to be industry leading. “Sonic wanted to develop a platform for connecting with its customers on a one-to-one basis through digital channels,” said Mr. Pryor. “Like virtually every other consumer-facing industry, rapidly changing technologies such as ubiquitous smartphones, ecommerce, voice recognition, big data and the rapidly approaching world of autonomous vehicles represent opportunities and challenges.”

Greenwich Harbor Partners’ most recent assignments for Sonic began early this year with the CMO search. The incumbent had announced his resignation to pursue a new venture. Once the CMO role was filled, the other three positions were developed. “The company was clear about what they wanted, but extremely agile about their talent strategy as the process developed,” said Mr. Pryor.

Carrie Pryor and Ted Pryor managed the searches 50-50 between them. “Our approach was to leverage our time with internal research, but to do all candidate development personally,” said Mr. Pryor. “This gave us a great feel for the candidates and the best chance to collect market intelligence that was critical to these searches.”

Good communication between client and recruiter was particularly important in filling the roles. Greenwich Harbor Partners worked closely with Anita Vanderveer, Sonic’s SVP of human resources, and Clifford Hudson, CEO, to develop clear criteria for the ideal candidates. They then targeted companies that had strong reputations for innovative marketing, digital marketing and ecommerce strategies, in all cases where the final purchase would be made in a bricks-and-mortar retail location.

It was also essential that those who were hired fit in well as part of the bigger team. “Teamwork is absolutely essential to Sonic and it was critical that the hires have complementary skills and a reputation for collaboration,” said Mr. Pryor. “The company was also clear that effective brand strategy, excellent products and services, and innovative digital customer engagement strategies had to work together to get the desired results.”

The assignments brought other challenges as well. As all recruiters know, it can sometimes be tough to find top talent that is willing to leave bigger cities for smaller markets like Oklahoma City, if they are willing to move at all. “One hundred percent of the external candidate pool would be required to relocate, which is a hurdle for some executives,” said Mr. Pryor. “However, Sonic is a widely admired brand and the opportunity attracted highly qualified candidates.”

Time was also of the essence since the CMO incumbent had already announced his departure. “But the company was very disciplined in making sure they took the time they needed to find the right candidates,” said Mr. Pryor.

The CMO search began in February and all four positions were filled by the first week of August.

Sonic, founded in 1953, is the fourth-largest burger chain, behind McDonald’s, Wendy’s and Burger King, according to QSR magazine. It serves close to three million customers daily. In 2016, the company had 3,557 drive-ins around the country, 3,201 of which were franchises. Sonic is looking to add 1,000 restaurants by the end of 2024.

Greenwich Harbor Partners was recently named one of Forbes America’s Best Executive Recruiters for 2017. In addition to executive search, the firm’s principals have worked in industry as general managers and as investors and have direct professional experience with the kinds of issues that face their clients.