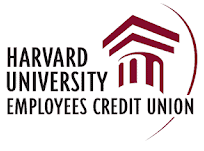 June 23, 2020 – Providence, RI-headquartered KLR Executive Search Group has assisted Harvard University Employees Credit Union (HUECU) in the recruitment of Craig Leonard as its new president and CEO. Gene Foley, who has been with the credit union for four decades and led it for 25 years, is retiring in July. Partner Susan Pardus led the assignment for the recruitment firm.

The search committee of the HUECU board conducted an extensive nationwide search, and a diverse group of many strong candidates were considered to fill the role, said the credit union. After carefully reviewing the finalists, Mr. Leonard was determined to be the person who will be the most successful in leading HUECU into the future and in supporting the organization’s members in achieving their financial goals.

“We are thrilled that someone with so much history with our organization and such a depth of experience at Harvard University, the Harvard Community and the credit union industry will lead the HUECU into the next chapter,” said George White, board chair. “Craig is a strong and thoughtful team-focused leader, a prudent and forward looking financial manager, and strives always to achieve the HUECU mission.”

Mr. Leonard has served HUECU for the past 10 years as its executive vice president and chief financial officer. He graduated from Bentley University with a degree in finance. Mr. Leonard was one of the youngest bank treasurers in the state of Massachusetts, was the vice president and controller for the largest community chartered credit union in New England, and helped run the third-largest credit union in Rhode Island before joining HUECU in 2010.

“I am excited and honored to be leading such an exceptional organization,” Mr. Leonard said. “We have a dynamic and diverse team that’s focused on the needs of our members and always working to improve itself. I look forward to partnering with the Credit Union’s board and team members as we continue to enhance HUECU’s culture and build upon our success.”

KLR Executive Search Group is the recruiting arm of KLR, an accounting and business advisory firm. Its areas of expertise are in technology, accounting and finance, not-for-profit, banking, private equity and venture capital, human resources and healthcare.

Ms. Pardus focuses on senior-level search execution for clients in KLR Executive Search Group’s financial services, real estate and industrial/middle market practice groups. She joined the firm in conjunction with the merger of Kiradjieff & Goode where she was an executive vice president and equity partner. Previously, Ms. Pardus was a senior vice president and managing director at BankBoston, Fleet and Bank of America. She successfully completed the loan officer development program at BankBoston and subsequently worked in several corporate banking groups.