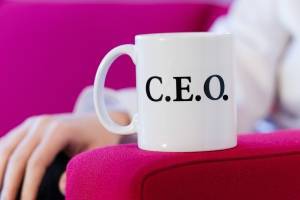 January 4, 2019 – Executive recruitment firms have made a number of top leadership appointments over the past year, many focused on strategy, growth, branding efforts and operations. The latest: Executive search firm Kincannon & Reed has appointed Isvaldo Perez Jr. as president and CEO. He succeeds Greg Duerksen, who will continue to serve as chairman and remain active in the firm’s recruitment services.

Mr. Perez has more than 30 years of experience in the consumer packaged goods industry in the food and beverage sectors, as well as executive search experience. Most recently, he served as president of Britvic North America, the U.S. arm of a leading beverage company in the U.K., Ireland, France and Brazil. While at Britvic, he oversaw the expansion of the company’s leading fruit juice drink across the U.S. Mr. Perez also has held several senior roles at Frito-Lay, including group vice president of sales innovation, group vice president of customer development and region VP for Texas.  In addition, he was general manager of Central America with Kraft Foods and held several marketing positions at Nabisco.

Mr. Perez also brings experience in executive recruiting, having served as a consultant with Spencer Stuart, focusing on placement of senior sales and marketing executives in the consumer packaged goods, retail and hospitality industries.

“I’m delighted to welcome Issy as our next president and CEO,” Mr. Duerksen said, noting that the appointment was unanimously approved by the firm’s managing partner group as part of Kincannon & Reed’s ongoing leadership succession planning process. “Issy reinforces our ‘consumer back’ thought process in the food and agribusiness value chain and highlights our commitment to expand our client base close to the consumer in both food and beverages.”

Mr. Perez said he was excited to take the helm of the firm. “I am honored to work with such an experienced and knowledgeable group of individuals who have achieved an impressive track record of success,” he said. “I am looking forward to helping guide Kincannon & Reed into new growth territories and exciting opportunities.”

“Organizations from farm to table are rapidly transforming, and they seek leaders with a strong grasp of the large-scale trends affecting their businesses,” Mr. Perez said. “Kincannon & Reed brings a depth of understanding of the food industry that uniquely positions us for growth along the food value chain.”

Mr. Duerksen said Mr. Perez was the ideal choice for the role. “Issy is the right leader to take the firm to the next level as we continue our commitment to building strong client relationships and providing superior advice, counsel, search execution and team development leadership to our clients,” he said.

Egon Zehnder appointed Edilson Camara as its new CEO. He took over from Rajeev Vasudeva, who stepped down in October after holding the position since 2014. Based in Toronto, Mr. Camara assumed the role immediately, becoming the sixth CEO in the firm’s 55-year history. Mr. Camara, who is Brazilian, began his career in Egon Zehnder’s Sao Paulo office 20 years ago working with industrial clients.