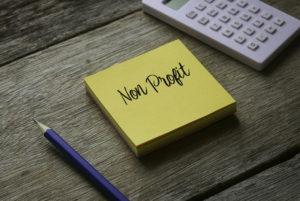 Mr. de Freitas is trilingual, speaking Portuguese, Spanish and English fluently. He is stepping into the new role after interim CEO Ariel Kelley stepped down earlier this month. Ms. Kelley is a co-founder of the organization and former board chair. “It has been the honor of a lifetime to work with our community as interim CEO over the past 18 months,” said Ms. Kelley. “And I’m excited to see Corazón Healdsburg hire someone with as much strategic growth and management expertise as Glaydon has.”

“We never expected to grow as quickly as we have,” said Dawnelise Regnery Rosen, co-founder of Corazón Healdsburg. “But we’re proud of the way our staff, our volunteers and our donors have stepped up with each new crisis to meet the needs of our community. We are thrilled to have Glaydon take the lead as we chart a plan for lasting impact here in northern Sonoma County.”

Mr. de Freitas has worked as a lawyer in both his home country of Brazil and the U.S., and most recently was head of strategic planning for the Refugee and Immigrant Center for Education and Legal Services (RAICES).

“The foundation of my work is human dignity, acknowledging people’s suffering but without minimizing their humanity,” said Mr. de Freitas. “And I believe that if we work strategically with local residents to identify the greatest needs and our greatest strengths, we can transform our community for the better.”

After becoming a lawyer at the age of 21 and then working in Brazil’s public social security and pension system, Mr. de Freitas left to study human rights law at the University of Houston. He was a United Nations fellow at the Oxford Consortium for Human Rights before working with the YMCA as an immigration attorney and advisor for detainees on the U.S.-Mexico border. At RAICES, Mr. de Freitas oversaw the strategic planning process as the organization grew from an annual budget of $10 million and a staff of 85 to an annual budget of $75 million and a staff of 375 after a viral social media campaign inspired by the Trump administration’s family separation policy dramatically increased donations to the organization.

Corazón Healdsburg was launched in 2016 with a community-wide Día de Muertos celebration and a mission to bridge stubborn social, economic and racial gaps in the Healdsburg, CA community. Since that founding four years ago, the region has suffered multiple devastating natural disasters, and each time Corazón Healdsburg has expanded its services, growing its client list and becoming a trusted partner for those in need.

In a career of more than two decades, Mr. Chase has led dozens of executive search and leadership transition engagements for non-profit organizations as well as companies in the finance, technology and professional services sectors. Most of his engagements are for executive director/ CEO, senior development and board positions, though he has also conducted searches for C-level leaders of finance, operations and programs. He has particular expertise in working with small to mid-sized, mission-driven non-profits, providing consultation and advisory services to the boards and leadership volunteers responsible for governance and organizational development.

Bringing more than five years of retained executive search experience, Ms. DiFelice’s primary focus is non-profit and higher education assignments. She has also worked in the technology, healthcare and consumer markets. Although she has helped recruit C-suite and other senior executives in many markets and sectors, she said she feels most connected to her work on behalf of mission-driven, not-for-profit organizations. Her broad non-profit search experience cuts across the healthcare, civil rights and social justice, education and arts and culture sectors.

Check Out These Related Articles On Searches For Non-Profit Organizations: