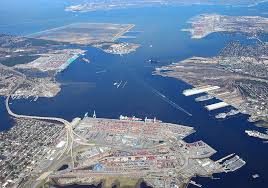 “Thanks to Tim McNamara’s leadership and deep knowledge of the transportation and infrastructure sector, and our long-time partnership with the Commonwealth of Virginia and the VPA, we successfully recruited an executive with unparalleled global experience to take the reins of the Port of Virginia,” said Steve Potter, CEO of Odgers Berndtson U.S. “Stephen Edwards’ deep expertise in the transportation and infrastructure industry and his passion for innovation ensures continued excellence in the leadership of this important port as it develops future value for its customers,” said Mr. McNamara.

“Virginia is proud of our 21st century port, which drives economic investment and job creation,” said Gov. Ralph Northam. “I thank John for his exceptional leadership and welcome Stephen, whose track record of success and innovation will ensure the Port of Virginia is able to build upon its strong foundation. Bringing Stephen on board sends a strong message that the port will continue to be a powerful economic engine for Virginia, helping attract new businesses and anchoring a healthy maritime trade industry on our shores.”

With global experience in the transportation industry, Mr. Edwards has a proven track record of growing businesses, currently as president and CEO of TraPac, LLC, which operates container terminals in California and Florida. Before that he was CEO with Global Container Terminals in Canada and also served as president, COO and CEO of Ports America, the largest terminal operator and stevedore in the U.S. He will start his new role with the VPA in January.

“Stephen’s experience combines operational expertise, strategic thinking and a keen knowledge of global markets,” said Shannon R. Valentine, Virginia’s secretary of transportation. “His leadership creates a great opportunity to build on the port’s investments in people and infrastructure capacity to deliver even greater value for our customers around the world.”

“I am delighted to be joining the Virginia Port Authority team in January,” Mr. Edwards said. “Under John Reinhart’s leadership, the Port of Virginia has put all of the pieces in place for long-term success. The goal is to take these collective assets and put them to work to the benefit of customers and cargo owners while attracting new business, jobs and economic investment to Virginia. I look forward to continuing this positive momentum and leading the port to greater heights in the coming years.”

The Virginia Port Authority is an autonomous agency (political subdivision) of the Commonwealth of Virginia that owns the Port of Virginia, a group of facilities with their activity centered on the harbor of Hampton Roads, VA. The Port of Virginia moves cargo through world-class facilities and transports to and from markets around the globe, carrying the goods and supplies that manufacturers, corporations, and individual consumers use.

The U.S. wing of the firm, launched in 2011 under the direction of Mr. Potter, has become one of the fastest growing search firms in the Americas. Odgers Berndtson has U.S. offices in Atlanta, Austin, Boston, Chicago, Dallas, Denver, Houston, Los Angeles, Miami, Minneapolis, New York, Philadelphia, San Francisco and Washington, D.C.