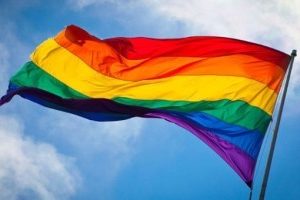 She replaces past executive director Mike Smith, who retired in June after more than 12 years at the helm. The non-profit AEF and BCEF organizations provide emergency financial assistance to clients living with HIV/AIDS and breast cancer, respectively.

Ms. Nathan is the first lesbian and first person of color to be full-time executive director of the two agencies. Most recently, Ms. Nathan served as vice president of grants and loans at the Marin Community Foundation. Prior to that, she was SVP of economic security for National Council on Aging and before that was the president and CEO of the Richmond Children’s Foundation. Mr. Miller recruited Mr. Smith into the position in 2003.

Mr. Miller initially surveyed dozens of people with a touch point to one or both agencies – other executive directors, community leaders,and donors. He presented eight candidates with a diverse range of work experience to the search committee, and then narrowed the field down to four for second-round interviews. Two finalists went through customary reference checks, met with staff and then sat for a joint session with both boards.

Mr. Miller, who launched his firm in 2009, has more than two decades of experience with leading executive search firms, professional services firms and public sector organizations. He previously served as a client partner for nine years at Korn Ferry in San Francisco. During that time, Mr. Miller served as a member of the firm’s education, diversity, and association, non-profit, & government specialty practices.

Mr. Miller has recruited numerous executives in various LGBT and HIV/AIDS organizations, including finding executive directors for the San Francisco LGBT Community Center; Horizons Foundation; the Gay Men’s Chorus of Los Angeles; Project Inform and Equality California. He has previously placed the CEO of GLAAD as well as the VP of development & external relations for Pangaea Global AIDS Foundation.