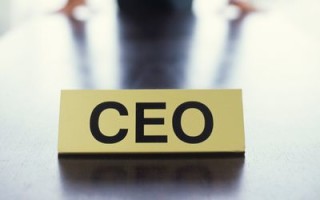 September 30, 2015 – Philadelphia-based executive recruiter Kaplan Partners has placed Brian Jones as president and chief executive officer of the First National Bank of Elmer. He succeeds Douglas Carll, who said he was retiring in April after serving in the position since 1996.

In his new position, Mr. Jones will be tasked with providing leadership and direction for all bank wide initiatives, programs and activities that ensure the achievement of all financial performance goals within the organization, while supporting the bank’s mission, vision, values and culture.

Mr. Jones brings a wealth of experience in community banking throughout Southern New Jersey. He joins First National from Newfield National Bank, where he served as senior vice president and chief lending officer since 2002. He previously was VP/regional commercial lender at Jefferson Bank of New Jersey. He currently serves as a member of the Risk Management Association’s National Chapters and Membership Council and is a board member of the Kennedy Health Care Foundation.

The First National Bank of Elmer was established in 1903 and today remains an independent community bank, with six offices serving the financial needs of customers primarily in the Salem, Gloucester and Cumberland County area of Southern New Jersey. The bank is a subsidiary of Elmer Bancorp Inc., with total assets of over $230 million as of June 30, 2015.

“The First National Bank of Elmer exemplifies everything a good community bank should be, including a board of directors committed to remaining independent and serving its’ communities,” said Alan J. Kaplan, founder & CEO of Kaplan Partners. “Brian Jones will be a terrific new leader and will help take the bank to new levels of success.”

Kaplan Partners specializes in conducting searches for C-level executives primarily in the financial services, corporate financial, private investor and technology sectors. It has completed over 50 assignments for financial institution CEOs. Over the past year, the firm has recruited the president of the Delaware Bankers Association, chief executives for Citizens & Northern Corporation, Northfield Savings Bank, and Windham Professionals, Inc., and most recently the COO of Codorus Valley Bancorp, Inc.

“The banking and financial services industry is undergoing significant change, with capital and talent becoming the most vital ingredients for success,” said Mr. Kaplan. “Banks, in particular, will need the strongest executive and board leadership to survive and thrive going forward.”

Check Out These Other Related Searches in Banking: