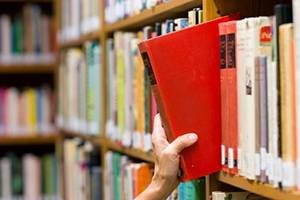 December 1, 2017 – Waukegan Public Library in Lake County, IL has announced that Richard Lee will be retiring in January after nearly 15 years as executive director. Vernon Hills, IL-based search firm John Keister & Associates has been retained to find the organization’s next leader. Mr. Lee is only the fifth director of Waukegan’s library since its founding in 1898. The library provides services to a diverse community of about 89,000 residents.

Its board of trustees is seeking a strong and visionary leader, said the search firm. The new executive director must lead and inspire the staff and the library in a highly professional manner, fostering teamwork, collaboration and trust. The incoming executive is expected to serve as an advocate for the library and cultivate community partnerships.

The right candidate will have leadership experience working for a public library that demonstrates the ability and skill to work in an ethnically and socioeconomically diverse environment, said John Keister & Associates. The person must also have a sense of humor, intellectual curiosity and an eagerness to explore new ideas. Being political savvy with well-developed skills at building and strengthening relationships with the community would also be a plus.

Established in 1987, John Keister & Associates has completed over 300 nationwide executive searches. Its library searches have included small community libraries, regional libraries with dozens of branches, and large consortiums. The firm is led by John and Beth Keister.

“The uptick in searches throughout the field has been growing for the last couple of years,” said Dan Bradbury, managing partner of Bradbury Miller Associates, an executive search firm focused on the library sector. “Finding the best library president, CEO, executive director or director — probably the most important decision a sitting library board or commission will make — is becoming more challenging because many of the logical successors who have been serving in deputy, assistant or associate director roles are aging Baby Boomers themselves.” The pools of willing and able prospects are, therefore, shrinking, he said.

“Libraries are seeking dynamic leaders with a vision for what the library can be for the communities they serve,” said Mr. Bradbury. “Governing boards are looking for top drawer talent to serve as inspirational leaders who are collaborative in building meaningful community partnerships.”

Search firms that service the library sector are busier than ever. Here’s a brief look at what other search firms are doing to help find library leadership around the nation taken from the Hunt Scanlon Media archives:

Nova Scotia-headquartered Knightsbridge Robertson Surrette has assisted Ryerson University with the appointment of Carol Shepstone as its new chief librarian. Anna Stuart, managing partner and leader of the firm’s academic search practice, led the search. Ms. Shepstone has been working in academic libraries for more than 18 years.

Phillips Oppenheim placed Dr. Michael J. Barsanti as CEO of The Library Company of Philadelphia. Search firm principals Susan Meade and Adelaide Jones led the assignment. Founded in 1731 by Benjamin Franklin, it is America’s oldest cultural institution and served as the Library of Congress from the Revolutionary War to 1800.