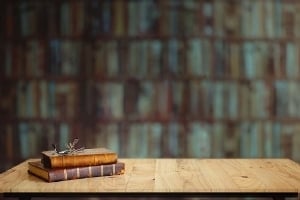 February 14, 2018 – Search firms that service the library sector are busier than ever. Vernon Hills, IL-based search firm John Keister & Associates, for one, recently recruited Selina Gomez-Beloz as executive director of the Waukegan Public Library in Lake County, IL. She replaces Richard Lee who retired last month after nearly 15 years in the role. Her tenure beings on Monday.

Ms. Gomez-Beloz has over 20 years’ experience working in a variety of library settings. She is currently the director at Crown Point Community Library in Indiana, a position she has held since 2014.

She becomes only the sixth director of Waukegan’s library since its founding in 1898. The library provides services to a diverse community of about 89,000 residents.

Waukegan’s trustees said they were impressed by Ms. Gomez-Beloz’s breadth of experience and passion for reducing barriers to access of library services. She also set herself apart thanks to her professional service. She has held leadership roles with the American Library Association, REFORMA, the National Association to Promote Library & Information Services to Latinos and the Spanish Speaking, and other professional organizations.

“She has a great combination of experience and energy,” said Mary Stickels, president of the board of directors. “We are excited to build on the library’s strong foundation of service to the community with Selina’s leadership.”

Ms. Gomez-Beloz is said to be passionate about diversity and equity, both at the libraries where she’s worked and in the field of librarianship. In fact, it was Waukegan’s commitment to literacy and continued community engagement that attracted her to the role. “My career has been focused on community engagement, diversity, and reducing barriers to library services,” she said. “I see so much opportunity in combining my experience and passions with the already impressive and responsive work accomplished by this library.”

Established in 1987, John Keister & Associates has completed over 300 nationwide executive searches. Its library assignments have included small community libraries, regional libraries with dozens of branches, and large consortiums. The firm is led by John and Beth Keister.

Mr. Keister himself has a passion for libraries. He has been involved with public libraries for more than 29 years in various capacities and draws upon his extensive experience as an elected public library trustee and library board president. He also served multiple terms on the board of directors of a library consortium made up of public, special, school and academic libraries in suburban Chicago.

Beth Keister, for her part, brings a mix of technical expertise and library consulting experience to the firm. She has trained the staffs of several libraries and library organizations on a variety of software packages and consulted with libraries on creating programs and reports that support daily operations.

“The uptick in searches throughout the field has been growing for the last couple of years,” said Dan Bradbury, managing partner of Bradbury Miller Associates, an executive search firm focused on the library sector. “Finding the best library president, CEO, executive director or director – probably the most important decision a sitting library board or commission will make – is becoming more challenging because many of the logical successors who have been serving in deputy, assistant or associate director roles are aging Baby Boomers themselves.” The pools of willing and able prospects are, therefore, shrinking, he said.

“Libraries are seeking dynamic leaders with a vision for what the library can be for the communities they serve,” said Mr. Bradbury. “Governing boards are looking for top-drawer talent to serve as inspirational leaders who are collaborative in building meaningful community partnerships.”