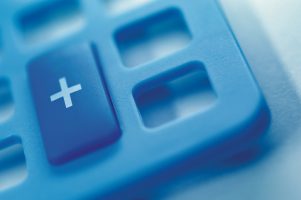 June 14, 2017 – Jobplex, the Chicago-based partner company of DHR International, has expanded with the addition of Mark Mayleben as partner and leader of its Atlanta office. He was brought aboard to be a catalyst in the company’s growing apparel, consumer goods, food and beverage, leisure, and retail sectors.

“Mark’s hiring is another great example of Jobplex’s continued efforts to grow strategically,” said Justin Hirsch, president of Jobplex. “Mark has a strong record of developing impactful client relationships and exceeding their expectations in quality of service, speed of delivery, and in the caliber of candidates placed. We saw a unique opportunity to build out the Jobplex brand with Mark’s leadership and proven ability to deliver consistent results.”

Since the start of the year Jobplex has experienced a wave of growth. In April, Kara Teising joined the firm as partner to focus on scaling its non-profit practice. Ms. Teising recruits nationwide in the non-profit arena with special attention to values and mission driven searches in the private and non-profit sectors. She has experience recruiting for a broad range of clients including Earthjustice, PAI, BoardSource, KaBOOM!, and Make-A-Wish. Prior to joining Jobplex, she served as partner and non-profit practice lead of ThinkingAhead Executive Search.

In March, Jobplex renewed a contract with Microsoft to lead the placement of U.S. military veterans who graduate from the Microsoft Software and Systems Academy (MSSA). More than 450 candidates have graduated from the MSSA program and either found employment in the tech industry or gone back to school for a tech degree. With this renewed contract, Jobplex is expecting the number of candidates who graduate from the program and be placed into jobs to double in size over the next year.

“Jobplex leads emerging leader level executive search, dovetailing with the VP / C-suite level where DHR typically operates,” said Justin Hirsch, Joblex’s president and HR executive search lead. “Our pay for performance / hybrid-retained model and capacity for project search has allowed us to partner with Microsoft in HR, sales, and IT related search with a focus on diversity talent pipelining as well as supporting the MSSA program.”

Prior to joining Jobplex, Mr. Barkon served as managing director of Avenue Pacific, an executive consulting firm focused on investment, financial services, and real estate companies. There he was tasked with overseeing and developing its offices across the U.S.

Lastly, Jobplex expanded to Tampa Bay with partner Tina Winner leading the team. She works across multiple market verticals throughout various industries. She was instrumental in the successful relaunch of Jobplex in Pittsburgh upon joining the firm. “Tina’s significant partnerships across numerous industries and expansive professional network will be a huge asset to Jobplex as we continue to strengthen our presence in west central Florida,” said Mr. Hirsch.