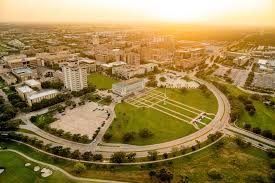 September 28, 2020 – The search for Texas A&M University’s next president recently shifted into high gear after chancellor John Sharp signed a recruiting contract with Isaacson, Miller. Current president Michael K. Young announced earlier this month he will be retiring at the end of May. Founder John Isaacson and David Bellshaw are leading the assignment with Lindsay Gold. Isaacson, Miller was one of two search firms used by Texas A&M to hire Mr. Young in 2015.

“Selecting a university president for this great institution, particularly in these challenging times, is of paramount importance,” said Mr. Sharp. “I want to thank this committee for volunteering their time to this critical task. We want a president with superb academic credentials who recognizes and will maintain the special culture and traditions that make Aggies unique in the world.”

“Finding new leadership for Texas A&M University is my top priority,” said Mr. Sharp. “Texas A&M is an exceptional place. Texas A&M demands exceptional leadership. Texas A&M needs someone who understands the importance of maintaining the unique culture and traditions that make Aggies so successful after earning their degrees.”

“Isaacson, Miller has an outstanding reputation for finding leadership at large and prestigious universities,” he said. “They also excel at attracting candidates from outside the Ivory Tower, from industry, the military, the financial world and from government.”

Texas A&M’s 17-member presidential search committee will now meet with Isaacson, Miller and begin extensive conversations with key leaders of the university. The committee will also hold forums — open to faculty, staff and students — to allow Isaacson, Miller the opportunity to hear from the campus community as they begin their search. Once the position has been thoroughly defined, Isaacson, Miller will spend several weeks identifying and cultivating suitable candidates before bringing them before the committee for consideration.

The Texas A&M University System is one of the largest systems of higher education in the nation with a budget of $6.3 billion. The system is a statewide network of 11 universities; a comprehensive health science center; eight state agencies, including the Texas Division of Emergency Management; and the RELLIS Campus. The Texas A&M System educates more than 151,000 students and makes more than 22 million additional educational contacts through service and outreach programs each year.

Mr. Bellshaw serves as the leader of the firm’s higher education practice. He has experience recruiting for the most senior-level leadership roles in all of the firm’s practice areas, including chief executive officers — presidents, chancellors, and executive directors; chief academic officers — provosts, deans and chairs; and chief functional officers.

He joined Isaacson, Miller in 1992 in Boston. In 2003, he founded the firm’s offices in California. Today, under his leadership, the Los Angeles and San Francisco offices support an array of civic organizations and institutions, encompassing public and private universities and liberal arts colleges, health sciences entities and academic medical centers, foundations, education reform organizations, research institutes, economic and community development organizations, and environmental and advocacy groups.