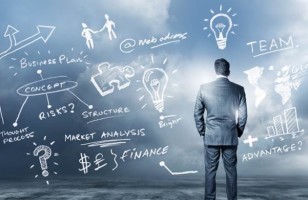 According to a just released survey from the Society for Human Resource Management, the need for HR expertise increases dramatically with company size. Just one percent of small companies (those with one to 99 employees) are recruiting for HR positions, according to the summer 2015 survey results. On the other end of the spectrum, nearly two thirds (65 percent) of employers with 25,000 or more workers are now hiring for HR jobs.

To meet demand, Allegis Partners has been bolstering its HR practice. Last month, the firm named Robert Lambert as a managing director in the practice at its Orange County office. He joins the firm from Morgan Samuels, where he was a senior client partner.

Earlier this year, Allegis strengthened its HR practice with the additions of Mr. Bergen, a former senior client partner in the human resources practice at Korn Ferry, and Ms. Murphy, previously a partner at Hanold Associates. The firm also expanded its HR practice with the additions of Mark Streifer, who most recently served as vice president of talent acquisition and planning with Covidien PLC, and Matthew Healey, a former partner of CTPartners.

Check Out These Related Articles on Allegis Partners: