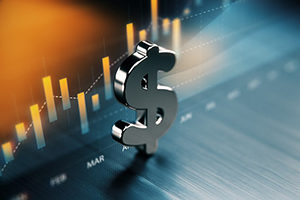 “All of our staffing divisions and Protiviti reported solid year-over-year revenue gains in the third quarter,” said Harold M. Messmer Jr., chairman and CEO of Robert Half. “Our permanent placement and Protiviti operations performed particularly well during the quarter.”

“Skills shortages persist globally, driving heightened demand for skilled talent, especially in the professional-level segments in which Robert Half specializes,” Mr. Messmer said. “Also buoying our business is the sustained optimism among small and midsize companies, particularly in the United States, which is leading to increased hiring activity by this key client base. Return on invested capital for the company was 41 percent during the third quarter.”

During the quarter, Robert Half announced that its board of directors has approved a quarterly cash dividend of 28 cent per share.

The momentum we’ve had in the last couple of quarters continues into the fourth,” said M. Keith Waddell, vice chairman of the board, president and chief financial officer. “We offer the following fourth quarter guidance. Revenues, $1.430 billion to $1.495 billion. Income per share 88 cents to 94 cents. The mid-point of our fourth quarter guidance implies year-over-year revenue growth of nine percent on a same-day as-adjusted basis which includes Protiviti and EPS growth of 40 percent.

Robert Half shares have increased 15 percent since the beginning of the year, while the Standard & Poor’s 500 index has increased 2.5 percent. In the final minutes of trading after the release of its numbers, shares hit $64.04, a climb of 26 percent in the last 12 months.