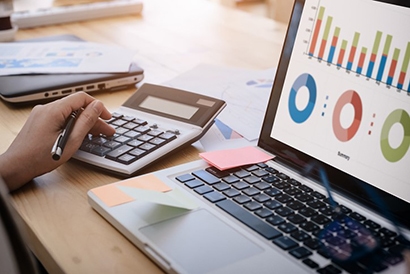 “We are very pleased to report another quarter of record net revenue, coupled with additional savings in general and administrative expenses, which led to a continued improvement in operating margin, net income and EPS,” said Krishnan Rajagopalan, president and CEO. “The third quarter and year-to-date results reflect the hard work of our employees globally and the continued execution of our key 2018 initiatives — to grow our scale and impact with clients, collaborate across business lines to drive revenue, invest in the business to deliver a premium service experience to our clients, and improve profitability.”

Big Growth in Store as Executive Recruiters Adapt to Automation
The executive search industry’s leading 50 players in the Americas once again surpassed $3 billion in revenues last year, according to industry newsletter ESR, in a market intelligence briefing just released by Hunt Scanlon Media.

A number of institutional investors have recently added to or reduced their stakes in Heidrick’s stock: Schwab Charles Investment Management recently raised its holdings in shares of the firm by 11.3 percent, according to the company in its most recent disclosure with the Securities and Exchange Commission. The fund owned 113,090 shares of the search firm’s stock after purchasing an additional 11,440 shares during the period. It owned about 0.60 percent of Heidrick worth $3,959,000 as of its most recent SEC filing.

Heidrick is forecasting 2018 fourth quarter consolidated net revenue of between $170 million and $180 million. This forecast is based on the average currency rates in September and reflects, among other factors, management’s assumptions for the anticipated volume of new executive search confirmations, Heidrick Consulting assignments, the current backlog, consultant productivity, consultant retention, and the seasonality of its business.

“Our outlook for the market demand for executive search and leadership advisory services continues to be positive,” said Mr. Rajagopalan. “There will always be quarter-to-quarter variability that is difficult to predict given the nature of our business and global footprint, but we are on track to deliver a record year in net revenue and are well positioned to create shareholder value by executing on our 2018 initiatives,” he says.

“We delivered another outstanding quarter and continued our pace of growth from the first half of the year,” said Mark Harris, CFO of Heidrick. “Our business continues to benefit from the overall market strength and we believe we are winning more than our fair share of it,” he says. “We will continue to focus on strong execution, prudent investments, long-term planning and adding value to our clients.”

Heidrick & Struggles shares have climbed 19 percent since the beginning of the year. In the final minutes of trading on Monday, shares hit $29.18, an increase of 18 percent in the last 12 months.