Menu
View our Events
Stay Connected:
Women workers have been hard hit by the current economic crisis. The number of women who lost their jobs in April alone exceeds all of the jobs created for women in the years between the Great Recession and the current pandemic, says a new report by Odgers Berndtson. And because they do the majority of unpaid labor at home, women have been further burdened by the closure of schools, day care centers, camps and summer programs. 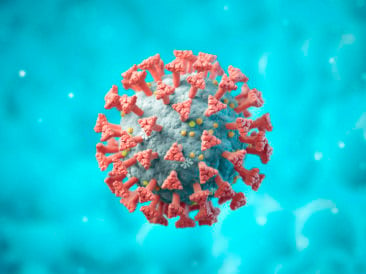 July 1, 2020 – In January 2020, women constituted more than 50 percent of the American workforce. Six months and 15 million jobs later, this may not be the case, according to a new report by Odgers Berndtson and co-authored by Catherine Bass Black and Lisa DeConto.

“It’s been widely recognized that women in the United States are being disproportionately affected by the coronavirus pandemic,” said Ms. Black. “Though women are more likely than men to be essential workers (where there have been fewer layoffs), they are also more likely to work in the hard-hit leisure, hospitality, retail and healthcare sectors, which means that some 60 percent of the more than 25 million jobs lost over the last three and half months belonged to women.”

Indeed, the number of women who lost their jobs in April exceeds the total number of jobs created for women in the years between the Great Recession and the current pandemic, said Ms. DeConto. “Because women do the majority of unpaid home labor in their households, they have been further burdened by the closure of schools, day care centers, camps and summer programs,” she said.

“As recruiters, we spend a lot of time talking with executives and executive-track individuals,” said Ms. Black. “Over the last three months, a recurring theme in our conversations was that the pandemic’s effects on women won’t be limited to layoffs. In fact, the pandemic has exacerbated many of the pressures that traditionally cause even high-earning women to ‘opt out’ of their careers. It’s become clear to us that if, as experts suggest, the pandemic continues to force intermittent lockdowns during the next 18 to 24 months it is likely to take to develop and distribute a vaccine, companies are at risk of losing significant numbers of the next generation of women executives—namely, today’s mothers.”

In exploring this issue and preparing for this article, the authors talked to a number of executives, both women and men. Said Ms. DeConto: “Some were optimistic about the long-term benefits that the work-from-home culture will have for executive-track women, arguing that the widespread adoption of remote work has normalized flexible work practices and will make it easier for some women to manage their roles as parents and employees in the future.”

Ms. Black said that others were “far more pessimistic, citing the fact that many traditional barriers to employment for women—most notably childcare—have become daily challenges for parents thanks to COVID-19 and could increase the opt-out rate for high-potential women.” She added that women who suspend their careers to raise children often find it difficult to restart them. “However, nearly all the executives we talked to agree that the response to COVID-19 has demonstrated that employers are capable of doing a far better job of accommodating the schedules of parents (regardless of gender or career phase) than they have been doing to date,” Ms. Black said.

Catherine Bass Black is a principal at Odgers Berndtson where she advises industrial and consumer sector clients on executive recruitment, retention, and organizational change management. A parent of two young children, she is a relentless (and sleepless) advocate for working mothers.

“These executives also had concrete recommendations about what companies can do now to help parents through this difficult time, and how they can change their policies to better engage and retain mothers in the long run,” said Ms. DeConto. “Most notably, they agreed that those employers who fail to invest in women stand to lose high-potential women employees and see long-term declines in their attractiveness to future employees.”

Even before the pandemic, research showed that 43 percent of American mothers quit their jobs when they have children. “These opt outs often struggle to re-enter the workforce, a difficulty that compounds the longer they stay out,” Ms. Black said. “Many also tend to experience limited career growth relative to women who either do not have children or do not leave their jobs to raise kids, which in turn can translate into permanent limitations to their lifelong earnings potential. As a result, though 70 percent of women do eventually return to some form of paid work after having children, many don’t return to the careers they originally left, and only 40 percent come back full time.”

To translate: that means that one in four American mothers never returns to full time employment after having children. Why? The report said that there many contributing factors, but generally speaking the answer seems to have two parts.

“Many of the same factors that cause mothers to opt out of the workforce have been exacerbated by the pandemic,” said Ms. Black. “With daycare, schools, summer camps, and sports suspended, and other childcare options (grandparents, babysitters) impracticable for health reasons, parents are now forced to manage work and full-time childcare.”

Lisa DeConto is a partner at Odgers Berndtson, a member of the firm’s financial services and leadership advisory practices, and a parent to three 20-somethings. She is a longtime proponent of women in the workplace and a firm believer that “a successful company is a diverse company.”

At the same time, many of the diversity and inclusion resources that companies do have in place have gone undernourished. D&I initiatives around the country have “slid backwards very quickly over the past few months,” said Kristy Wallace, CEO of Ellevate Network. “They’ve just not been a priority.”

And this comes at a time when many people need more support than ever before, as was noted by Claudia Goldin, the Henry Lee Professor of Economics at Harvard University. Pre-COVID-19 workplace inequalities have gone “on steroids” thanks to the pandemic.

“Even the reopening that we’re seeing in many states is not affecting all workers equally,” said Ms. DeConto. “Parents have greater barriers to returning to work than non-parents. Until schools and childcare facilities reopen, it will be difficult for many parents to return to a full-time traditional office schedule. It’s important to remember that even impacts that seem short term in nature can actually have long term career implications. Women who even briefly decrease their workforce participation may well see decreases in their career prospects, deflation of their long-term earnings potential, and a reinvigoration of the workplace stereotype that women are less committed to their careers than their male counterparts.”

On a positive note, thanks to widespread stay-at-home orders, working from home has become the new normal for millions of Americans. This has a number of potentially important implications. “For years people have been calling flex work the future of work, but most companies have been hesitant to actually give it a try,” said Ms. Black. “However, as one of the executives we spoke to said, COVID-19 has forced us to move past our comfort zones.”

As Lisa Jones, the CEO of AmundiPioneer Asset Management USA, observed: “We’ve all, at every level, recognized that we can be hugely productive while working remotely. And as a result, decision makers are more open to all aspects of flexible work and to retaining people with these new proven and productive ways of working.” This could have a significant effect giving women the choice of working from home while raising children without jeopardizing their careers.

When you’re conducting meetings out of your living room on Zoom, the previously ironclad distinctions between your life at home and your life at work are harder to make, and companies are starting to realize that there is an intrinsic relationship between the two. As Ms. Jones said: “The baby crying in the background, the cat walking over the keyboard—we’ve brought it all to life, in full color, and companies now see that the juggle of work and family life is real. Our collective tolerance has increased dramatically.”

“Employers need to ask women what they need to be successful in their roles, and it has to go beyond mentoring,” said C. Nicole Mason, president and CEO of the Institute for Women’s Policy Research. “Mentoring is fine, but lack of mentorship is not what is holding women back today. What’s holding women back is structural and it’s practical. Ask women what they need.”

“The simplest suggestion in this road map is all too often overlooked: Listen to your employees, hear their needs, and be creative about how you can work for them, so that they can work for you,” said Ms. DeConto.