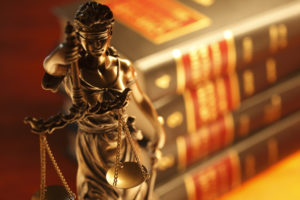 October 4, 2019 – Legal recruiting continues to be a hot area for search firms. Lawyers employed by government agencies in particular have been on the move as a result of changes in government administrations, according to analysts at Hunt Scanlon Media. Employment of lawyers is projected to grow 10 percent through 2022. Demand for legal work is expected to be robust as individuals, businesses and all levels of government require legal services in the U.S. and internationally as global economies expand.

Southern Cross Health Society CEO Nick Astwick said Ms. Brown’s depth of expertise will be a significant asset. “Fiona brings a diverse range of skills and decades of experience in the financial services sector to this key senior leadership role with Southern Cross Health Society,” he said. “Her track record as an authentic leader of high-performing teams is also an excellent fit with Southern Cross, where our people share a deep commitment to helping Kiwis live their healthiest lives.”

Ms. Brown is a legal and compliance senior executive with experience across a range of legal, governance, commercial and risk management roles. She takes up her new position following her role as general counsel and company secretary at Kiwibank, where she led an industry-recognized team providing legal risk management and best practice corporate governance. Prior to her six years with Kiwibank, Ms. Brown spent 11 years in a variety of roles at ANZ, including head of governance, chief of staff and head of securitization. She began her law career with the top-tier law firm Chapman Tripp.

“I’m delighted to be joining Southern Cross Health Society in this new leadership role,” Ms. Brown said. “I look forward to being part of a team that shares my passion for serving fellow Kiwis.”

Founded in 1961, Southern Cross is a group of businesses whose range of products and services, combined with its not-for-profit focus, size and experience, allow the organization to play a unique and important role in the New Zealand health sector. The Health Society has over 850,000 members representing a 62 percent market share and more than 17 percent of New Zealand’s population.

Majority of Legal Departments Prefer In-House Talent
Special Counsel, a full-service provider of legal staffing, and eDiscovery solutions today released the results of its first In-House Legal Trends Survey, a comprehensive look at how in-house legal departments are structured, how they are hiring and what their priorities are for the year ahead.

Hobson Leavy recently recruited former Well Foundation executive Andrew Young as chief executive officer of the Cancer Society of New Zealand (Auckland and Northland). Mr. Young is a highly experienced not-for-profit CEO with particular strengths in the fundraising area. The Cancer Society of New Zealand is the country’s leading organization dedicated to reducing the incidence of cancer and ensuring the best cancer care for New Zealanders.