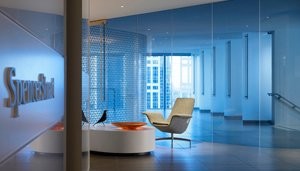 September 14, 2015 – Housing.com has retained Spencer Stuart to lead its search for a chief executive officer. The company has recently sacked its former CEO and co-founder Rahul Yadav for misconduct.

Until Spencer Stuart finds Mr. Yadav’s replacement, COO Rishabh Gupta will serve as interim CEO of the global real estate portal. Prior to joining Housing.com about two years ago, Mr. Gupta was a manager at e-commerce giant Flipkart, where he built the personal and healthcare portfolio of the company.

With close to 3,000 employees in nearly 100 cities, Housing.com, which has raised $120 million in funding, was founded three years ago by a dozen students of the Indian Institute of Technology in Mumbai. The company is a real estate search portal which allows customers to search for housing based on geography, number of rooms, and various other filters.

In June, Spencer Stuart recruited Amit Jain to head up operations in India for American online car booking service Uber Technologies, as the company expands into more cities in its biggest and fastest growing market outside the U.S.

The search firm is also leading the top CEO assignment for social media company Twitter, one of the most highly visible and important searches to come out of Silicon Valley in years.

James M. Citrin, head of Spencer Stuart’s North American chief executive practice, is leading the assignment and is said to be closing in with Twitter’s board on naming a CEO successor as early as this week.

Mr. Citrin has handled a number of high-profile CEO searches in this sector, including the ones that led to the hiring of Marissa Mayer at Yahoo, Léo Apotheker at Hewlett-Packard, and the promotion of Brian Krzanich to CEO at Intel.