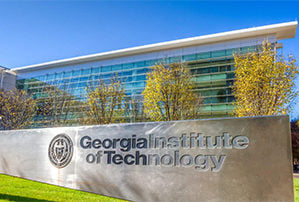 February 7, 2019 – Heidrick & Struggles has been selected to conduct a national search for the next president of the Georgia Institute of Technology in Atlanta.

After 10 years in the job, G.P. “Bud” Peterson will be retiring this summer. His $1.1 million annual compensation package is the highest of any public college president in the state, according to the Atlanta Journal-Constitution.

Dr. Peterson has overseen a significant boost in Georgia Tech’s enrollment with the school’s expansion of its online offerings in recent years, said the newspaper, but state officials rebuked him last year for lax management and ethics abuses by several former top administrators. Georgia Tech’s handling of student mental health issues has been another source of criticism.

“President Peterson has set records in research, enrollment and fundraising while leading Georgia Tech for the past decade,” said chancellor Steve Wrigley. “I’m grateful for the members of the search committee who are dedicating their time and energy towards securing a bright future and talented leadership for Georgia Tech. We expect Georgia Tech’s next president to lead its world-class faculty, staff and students to even greater heights.”

Last month, the board of regents of the University System of Georgia named the members of the Georgia Tech presidential search committee. “This is an important endeavor, and we are committed to ensuring that Georgia Tech retains a president who will continue building off its strong traditions,” said search committee chair Ben Tarbutton. “Like president Peterson, the next president must continue to work closely with the institution’s faculty, staff, students, community and state of Georgia. I look forward to working with the committee as we work to find the right leader for Georgia Tech.”

The search committee will guide the first stage of the talent hunt process. The committee’s initial meeting will be held next week at Georgia Tech, at which time members will be formally charged with their roles and responsibilities in conducting the search.

The Georgia Institute of Technology is among the top-ranked public universities and one of the leading research universities in the U.S. Founded in 1885 as the Georgia School of Technology, the college opened its doors three years later with 84 students. In 1948, the school’s name was changed to the Georgia Institute of Technology to reflect a growing focus on advanced technological and scientific research. Today, Georgia Tech provides a technologically focused education to more than 32,000 undergraduate and graduate students in fields ranging from engineering, computing, and sciences, to business, design and liberal arts.

Leadership Turnover Creates Surge in Searches for College Presidents
Turnover in the top leadership of colleges and universities across the country has been keeping executive recruiters who specialize in the academic sector busier than ever. In fact, there are at least 59 searches underway right now. Expert recruiters offer their perspective on what’s behind the trend and the challenges it poses. It’s another Hunt Scanlon exclusive!

Chicago-based Heidrick & Struggles’ education and social enterprise practice provides advice and counsel to a wide range of institutions. Its areas of specialization include associations, culture and arts, education markets, foundations and philanthropy, government and policy, higher education, non-governmental organizations, and both public and private schools. Twenty-one percent of the placements the practice recruited over the past four years moved across country borders or global regions, said the firm.