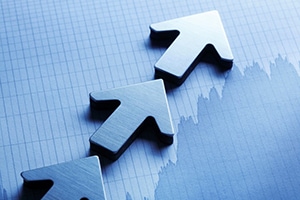 November 19, 2018 – London-based recruitment firm Harvey Nash has named Anna Frazzetto as its president of technology solutions for North America and APAC. She will continue to serve in her role as chief digital technology officer.

In her new role, Ms. Frazzetto will expand her focus on the overall profitability of the North America and APAC regions, particularly in Australia, where she has worked for more than a decade establishing and leading the business there. She will continue to have ownership of all consulting, offshoring, managed services and outsourcing solutions.

Ms. Frazzetto joined Harvey Nash 14 years ago as vice president of solutions to create and develop an offshore service line for the U.S. She hired an experienced team of practice directors and engagement managers to support sales and delivery and created a portfolio of services that improved client engagement and opened up opportunities with new ones. Ms. Frazzetto also established Harvey Nash’s first office in Australia, and then pioneered the solutions offered there into other APAC markets, winning the company’s first Hong Kong-based technology solutions client.

Ms. Frazzetto speaks globally on digital innovation. As the national chair of ARA, a non-profit aspiring to attract, retain and advance women in technology, she’s an outspoken proponent for the advancement of women in IT.

Mr. Gilligan started as a recruiter in the firm’s New Jersey office 10 years ago, and has held multiple roles in the organization. He was instrumental in launching Harvey Nash’s innovative “Enterprise Talent Delivery Model,” providing rare quality technology skills in higher volumes with increased speed to market. The model has led to numerous accolades from partners, including being recognized as a premier partner and for outstanding performance.

With staff in more than 40 offices across Europe, Asia and the U.S., Harvey Nash provides executive search & leadership services, professional recruitment and outsourcing services to an array of industries.

This summer, The Power of Talent Ltd (Bidco), an entity owned and controlled by investment funds managed by DBAY Advisors, made a £98.7 million bid to acquire London-based recruitment firm Harvey Nash. The deal is waiting be approved by 75 percent of the firm’s shareholders to be finalized.

DBAY already owns 26.1 percent of Harvey Nash after taking a significant stake in the group last year. DBAY said Harvey Nash is better suited for a private company environment, which would eliminate regulatory burdens and constraints and costs of maintaining a public listing. DBAY offers stability and has stated it intends to support employees and invest in the business, Harvey Nash said.

“Harvey Nash’s acquisition strategy and successful transformation program has resulted in significant shareholder value being created over the past two years,” said Julie Baddeley, chairman of Harvey Nash. “While the independent Harvey Nash directors believe Harvey Nash would have a strong future as an independent listed company, they consider that the offer, which is wholly in cash, represents attractive value and is in the best interests of Harvey Nash shareholders, staff and clients.”

David Morrison, investment director of DBAY, said his firm was pleased to have reached agreement with the Independent Harvey Nash directors. “We know the Harvey Nash business well having been significant investors since February 2017 and are delighted to have the opportunity to partner with the Harvey Nash management team and employees to further strengthen its leading position in the specialist technology recruitment and outsourcing markets,” he said.

Check Out These Related Articles About Firms Growing Their Technology Practices: 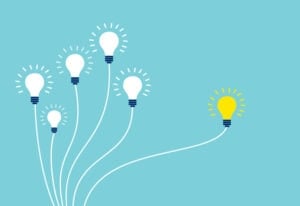