Stay Connected:
Seeking to grow its ecommerce business and accelerate digital marketing capabilities across its platforms, Panera Bread hired a seasoned leader from Under Armour who had managed ecommerce and retail stores and had responsibility for the end-to-end customer experience for the U.S. Cross-industry recruiting at its finest. Let’s go inside the search. 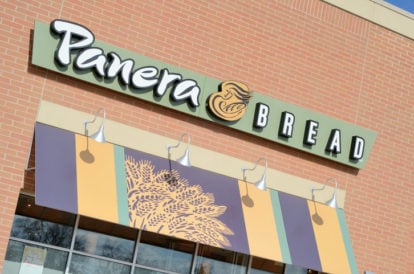 “This was a nationwide search and we talked to everyone who we thought were appropriate for the position,” said Mr. Pryor. “We were looking for experienced senior ecommerce and digital marketing executives at branded consumer-facing businesses with relevant scale and a combination of online sales and retail locations. The client was open to candidates outside of the restaurant industry, which was helpful.”

Panera is looking to grow its ecommerce business and accelerate digital marketing capabilities across its platforms to grow revenues, acquire and retain customers, extend its brand and national reputation, and improve the customer experience across the entire customer journey from first impression to in-store purchase, said Greenwich Harbor Partners.

As such, the company was looking for an experienced and proven senior ecommerce and digital marketing officer to take on chief digital officer role. Panera wanted someone who could harness and deploy relevant technologies, improve omni-channel customer experience, lead the development of creative content, drive ecommerce revenues, develop best-in-class digital marketing, and promote loyalty programs to drive profitable revenue growth in coordination with the company’s national marketing campaigns.

Mr. Hanson proved to be the right executive for the job. “George had recently managed ecommerce as well as the retail stores for Under Armour in the U.S. and so had responsibility for the end-to-end customer experience for the U.S., which is unusual,” said Ms. Pryor. “More commonly, retail and online business channels are managed separately, and Panera really wanted someone with experience thinking about the end-to-end experience.”

Mr. Hanson is a digital and direct-to-consumer retail executive with extensive domestic and international P&L leadership experience. He has proven results in driving revenue growth across merchandising, marketing, technology, new market and new channel entry initiatives within the specialty apparel/footwear/accessories categories and across digital, direct and retail channels. His title at Under Armour was VP North America ecommerce and retail. Before that, he was VP of eCommerce at Lane Bryant. He began his career serving in various roles with Lands’ End.

Panera Bread Co., and its subsidiaries, is a national bakery-cafe concept with 2,129 company-owned and franchise-operated bakery-cafe locations in 48 states, the District of Columbia and Ontario, Canada. The company serves about 9 million customers per week system-wide. Panera is currently one of the largest food service companies in the U.S.

The chief digital officer position continues to be in high demand and growing in influence within the C-suite. “Current demand for digital officers remains high,” said Mr. Pryor. “However, there is an ever increasing number of senior executives who have deep understanding of ecommerce and digital marketing, so they are not as rare as they were in the not-too-distant past.  It is still rare to find people from exciting companies who have worked extensively in both online and traditional retail.”

“The next challenge is to find people who have worked at the scale the customer needs as a significant mismatch in scale and scope of responsibilities is a problem,” he said. “Finally, everyone wants someone from an exciting company, and since Panera already has a very good ecommerce business, we needed to finding someone from a company they admired.”

One fourth of American businesses have experienced a surge in talent raids, but most companies have done nothing about protecting themselves. In fact, 54 percent are virtually defenseless against corporate poaching, according to a recent co-branded study by Hunt Scanlon Media and leadership advisor Marlin Hawk. All indications are that the problem isn’t going away anytime soon. “What surprised me the most was not the prevalence of talent raids, but how unprepared the majority of companies are to counteract them,” said Mark Oppenheimer, Marlin Hawk’s group managing partner. “Given the amount of time, effort, and financial investment put into finding and hiring key executives, I would expect employers to think carefully about building the optimum environment to retain their most valuable people.” The fact that almost 60 percent of companies have no formal talent retention strategy in place is quite alarming, he noted, especially since demand for outstanding talent is outstripping the supply ….. Here’s some further reading from Hunt Scanlon Media.

As Talent Raids Grow, Companies Set Out to Defend Their Turf
Nearly 400 CHROs and TA leaders participated in this talent raid report, one of the first to explore this growing dilemma at a time when recruitment carries less weight with companies than employee engagement, succession planning, and retention. Here’s a free download.

Greenwich Harbor has been active recruiting these important executives. “We have completed ecommerce or digital marketing assignments for companies like Sonic Drive-in, Keurig Green Mountain, Cafe Rio, DirecTV, Discover Channel and the Weather Channel,” said Mr. Pryor. “This has been a core part of our business since the late 90s.”

Greenwich Harbor Partners’ principals have worked in industry as general managers and investors and have direct professional experience with the types of issues that face their clients. The firm’s client roster includes IBM Cloud Services, Media General, Marlin Equity Partners, DIRECTV, SpinMedia, ReelzChannel TV and Keurig Green Mountain, among others.

Ms. Pryor has over 20 years of senior executive search experience. She has recruited board directors, CEOs and their direct reports, as well as partners for private equity firms. In addition to her board seat with the New York Pops, she serves as an advisory board member for Constellation Ventures. A veteran of the internet space since the early ’90s, she has deep experience in digital media, entertainment and private equity.

Mr. Pryor focuses on senior-level assignments for general management, sales, marketing and digital transformation. He specializes in recruiting executives using his four years as CFO and CEO of a venture-backed start-up, 10 years at General Electric Capital and 20 years in international finance and investment banking. Mr. Pryor has served on public, private and non-profit boards and chaired the audit committee for the Boston Celtics. In executive recruiting, he has focused on business services, digital marketing, e-commerce, ad sales, place-based advertising, communications and customer service for growth companies and large national brands.

Check Out These Related Articles On the Digital Sector:

The Sea Change That Is Digital Transformation An Inside Look at Recruiting In the Global Payments and Big Data Sector CIO: Your Company's Most Strategic C-Suite Hire