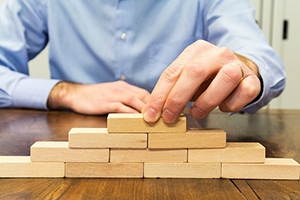 As part of the changes at the Menlo Park, CA-based firm, executives Michele Li and Mathilde Pribula are departing. The new organizational structure is designed to reflect Frederickson’s shift towards greater specialization, said the firm, with an emphasis on its digital transformation practice which provides coaching to CEOs, board members, and CHROs looking to digitize their HR and people functions.

“I’m excited to focus more on our digital transformation practice and to share our knowledge with even more senior leaders building and growing world-class teams,” said Valerie Frederickson, the firm’s founder and CEO. “I deeply appreciate the long-term contributions of my former partners and look forward to watching them continue to thrive personally and professionally.”

Along with the organizational changes, Frederickson Partners also announced that it achieved record growth last year and the expansion of its markets. In 2017, the 23-year-old firm posted its highest revenue to-date and tripled the number of heads of HR placed since 2014.

Heidrick & Struggles Restructures to Lower Costs
A restructuring plan is underway at Heidrick to reduce overall costs and improve efficiencies in its operations. The expected annual cost savings from the restructuring is expected to range from $11 million to $13 million and will include the cutting of 1,600 employees by 60-70 people and closing two offices.

Ms. Belden has been with the firm since 2014. She was formerly enterprise account manager, core technology and SaaS specialist, for Oracle. She holds a bachelor’s degree from the University of California, Berkeley.

Check Out These Related Articles On Search Firm Growth: