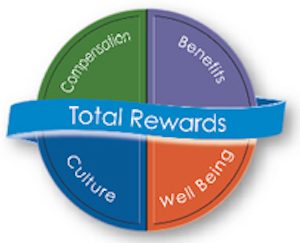 November 22, 2016 – In building Tower Consultants, Ltd. into a leading executive search boutique dedicated to human resources with an emphasis in the total rewards sector, Donna Friedman and Chris Rose never deviated from an original blueprint first laid out in 1988. As their specialized recruitment brand expanded, they both have remained true to its roots.

“We are all about personal relationships,” said Tower Consultants founding CEO Ms. Friedman, who moved the firm’s home base from Philadelphia to Stuart, FL. “The big firms all work from the top down. Their relationships tend to be focused at the board and CEO level. For us, our relationships start at the manager level and we work our way up the staffing pyramid to the CHRO level. We work almost in reverse,” she said. That business model now separates the firm from most competitors, said Ms. Rose, Towers’ president.

PepsiCo was one of the firm’s first clients. “It was early days for us, but that relationship got us off the ground,” said Ms. Friedman. Then, Tower Consultants expanded its client roster to include several Pepsi divisions, including Frito-Lay – along with Pizza Hut and KFC, and Taco Bell now owned by Yum! Brands – in addition to H&R Block, Mercer, Frederick W. Cook & Co., Ashland, Yale University, University of Miami, JCPenney, DineEquity, Bloomin’ Brands, CVS Health, Tiffany & Co., Walmart Stores, Amtrak, Darden Restaurants, and Las Vegas Sands, as examples.

The firm prides itself on having placed a number of compensation and employee benefits leaders who have advanced to CHRO, or to other C-suite HR leadership roles. And that expertise is now leading clients to call on the firm to help them find the top HR leaders themselves.

Ms. Rose just a few weeks ago was retained by FARO Technologies to find the imaging device and software company a chief people officer, overseeing a technical / engineering workforce of 1,500 employees. The incoming head of people will lead the company’s global human resources function, support achievement of its business strategy and objectives, and lead talent efforts across the Americas, EMEA, and APAC.

The chief people officer (CPO) position is a relatively new title within the HR function and many companies are creating this role instead of a chief human resources officer (CHRO) position, said Ms. Rose. It first appeared about a decade ago. Now, as companies look to build internal brand awareness and focus more on establishing and driving their own unique cultures, CPOs are coming more into vogue.

But it is several recent CHRO placements who had their start by first gaining experience in total rewards – and who were helped into those early roles by Ms. Friedman and her partner – that seem to resonate, notably among the HR leaders who’ve catapulted themselves into these leadership positions.

“The exposure to executive compensation matters, especially as it relates to corporate board and governance topics,” said Danielle Kirgan, a former Tower Consultants placement who previously worked in total rewards. Ms. Kirgan was recently named senior vice president – people at American Airlines, where she is responsible for leading global human resource functions. “That was critical experience that made my move to CHRO possible,” she noted. “In total rewards, you have a front row seat to appreciate all the nuances and details that go into CHRO roles.”

The recent promotion of another former Tower Consultants placement, Amy Lee, from executive director of total rewards at the Las Vegas Sands to the hotel’s new SVP of global human resources showcases the value of total rewards that allowed Ms. Lee to gain useful experience within the hospitality sector before ascending to more expansive HR functions. Las Vegas Sands is a global developer of distinctive properties featuring premium accommodations and world-class gaming and entertainment amenities.

Tower Consultants initially placed Ms. Lee at the Las Vegas Sands in 2013 after determining that her financial background and global compensation & benefits experience mirrored the needs of the Fortune 500 company. “When we were retained to do the total rewards search, we knew, as is often the case, that we were looking for the possible successor to the then SVP of HR,” said Ms. Friedman, who added that Ms. Lee’s “high IQ and EQ and collaborative skills” were a major plus in her favor. “As a woman — of course, I’m not prejudiced — but I do believe females in general have higher emotional IQs with a stronger intuitive sense, ability to listen and to pick-up on non-verbal cues,” she added. Among her notable placements, Ms. Friedman recruited Kathleen Weslock into the CHRO role at Frontier Communications as the company was driving toward Fortune 250 status.

As to why Ms. Lee was deemed a strong candidate in her previous role in total rewards, Ms. Friedman replied: “Amy came to the U.S. earlier from China in pursuit of her MBA and had remained in California. With the Las Vegas Sands having major properties in Asia, being fluent in Mandarin didn’t hurt.” In Ms. Lee’s eyes, spending over a decade in total rewards was necessary preparation for her latest career move.

“It’s easy to go from total rewards to the head of HR. It gives you a better sense of business compared to other HR fields,” she said. But, she added, “having a thorough understanding of comp and benefits and working in tandem and interacting with different business partners to create programs benefitting the company was also important.”

Getting the right Exposure

Upon gaining experience in total rewards, Ms. Lee sought a transition back to HR. “I was in total rewards in HR the last 15 years and I decided to go back to the finance background I came from,” she said. “For this latest opportunity in the company, they came to me.” Since the Las Vegas Sands was already familiar with Ms. Lee’s background in total rewards and impressed by the quality of her work, it was a smooth transition for her to fill the role of SVP of global human resources.

“The hospitality sector has been in a period of consolidation with multiple mergers, acquisitions and industry changes continuing,” said Ms. Friedman. “The tourism industry is highly dynamic and has continuously expanded with growth second only to healthcare.”

For HR professionals, said Ms. Friedman, “hospitality offers the opportunity to work in beautiful locations around the world with a diverse employee and job function base.” But more to the point in Ms. Lee’s case, it was her financial and business acumen coupled with global compensation & benefits expertise, that included an executive compensation focus within publicly traded worldwide companies, that aligned well with the needs of the enterprise.

Total rewards requires a comprehensive understanding in specialized areas such as compensation and executive compensation & benefits, which emphasize the need for strong interpersonal and communication skills that are used in establishing and attaining company goals, as well as problem solving.

Ms. Kirgan said total rewards prepared her for her new role. “The exposure to the board of directors, the mechanics of the core work related to the peer group, proxy disclosures and discussions about the business plans and incentives,” said Ms. Kirgan, “these were all areas that would otherwise have been less natural to have been seen and experienced in any other non-CHRO role.