Menu
View our Events
Stay Connected:
Another top Federal Reserve Bank leadership post is now in the hands of an executive recruiter. This time, the search is on for a bank president on the West Coast. Diversified Search has the coveted assignment . . . Here’s an inside look as the search gets underway. 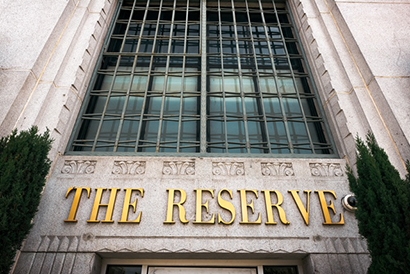 May 18, 2018 – Executive search firm Diversified Search has been enlisted by the Federal Reserve Bank of San Francisco to help find its 13th president. Dale E. Jones, the firm’s president and CEO, is spearheading the assignment along with Julie Kanak, the leader of Diversified’s financial services practice, and board practice head Veronica Biggins.

Until the new leader is selected, current first VP and COO Mark Gould will serve as interim bank president and CEO and will represent the San Francisco Fed at the Federal Open Market Committee.

“Our board is committed to continuing this legacy of strong leadership and to finding the absolute best and most qualified person to the lead the San Francisco Fed from a broad and diverse candidate pool,” said Alex Mehran, search committee chair.

The incoming leader will have big shoes to fill. Outgoing CEO John C. Williams recently left the organization to become president and CEO of the Federal Reserve Bank of New York, one of the most high-profile positions in the U.S. Federal Reserve System. Recruitment firms Spencer Stuart and Bridge Partners led that assignment.

The San Francisco Fed search committee will continue to field, vet and interview qualified candidates until it has identified its choice. The organization said the search has no timetable.

“The San Francisco Fed has a legacy of success with regard to hiring and promoting strong capable leaders into its senior management ranks,” said Mr. Mehran. Janet Yellen led the San Francisco Fed prior to being named vice chair, and later chair, of the Federal Reserve’s board of governors. “She and John Williams have both been outstanding public servants who have made profound contributions to our nation’s monetary policies and to the San Francisco Fed’s inclusive, forward-leaning work culture,” he added. 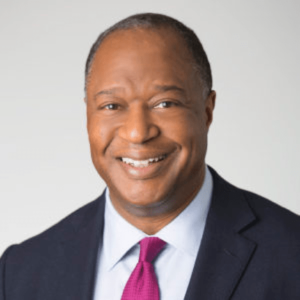 Mr. Mehran further stressed the board’s commitment to a broad and inclusive search process. He said this will include soliciting input from stakeholders inside and outside of the San Francisco Fed’s district regarding the professional expertise and leadership attributes that embody the ideal presidential candidate and the sourcing of qualified candidates.

Financial services organizations, generally, are facing a new competitive landscape, regulatory challenges and a constant struggle to manage cost and efficiency. This requires strategic leaders with a multidimensional skill-set, according to recruiters who hunt for these leaders. Like all financial institutions, banks continue to turn to executive recruitment firms to find these new leaders.

Here’s a sampling of some comparable searches that are either underway or recently completed taken from the Hunt Scanlon Media Archives:

Axis Bank Ltd., India’s third-largest private bank, has reappointed Shikha Sharma as managing director and chief executive officer for a period of three years starting in June. The bank had appointed Egon Zehnder as its consultant to identify the next CEO. But the bank clarified that this was to be a board-approved process and may not necessarily lead to management change.

The president reports to the board of directors of the San Francisco Fed and is also accountable to the Federal Reserve’s board of governors in Washington, D.C. The president serves as a voting member of the Federal Open Market Committee every three years, with the current rotation being this year. The individual must collaborate effectively with the other bank presidents, as well as system leaders, on a host of system functions. They will manage and set strategic direction for the bank and its employees throughout the district.

The San Francisco Fed is looking for someone with respected credentials in macroeconomics or recognized/demonstrated stature in a field that contributes information vital to monetary policymaking. Candidates must have demonstrated executive leadership and managerial ability with a track record of people management for a sizable and diverse organization. The organization wants an intellectually curious, critical thinker who can help develop the vision and strategy of the bank, and more broadly, work effectively within the conference of presidents and across the Federal Reserve System.

The Federal Reserve Bank of San Francisco is one of 12 regional reserve banks that, with the Federal Reserve board of governors in Washington, D.C., constitute the nation’s central bank. The bank employs approximately 1,700 people in San Francisco, at its branches and cash processing centers spread across five states. Its 2018 budget is $390 million.

Headquartered in Philadelphia, Diversified Search is the largest U.S. female-owned and -founded firm in the executive recruitment industry. It has offices in Atlanta, Chicago, Cleveland, Los Angeles, Miami, New York, San Francisco and Washington, D.C. Diversified is the U.S. partner of AltoPartners, an international alliance of 58 independent executive search firms that spans 35 countries across the Americas, Europe, the Middle East, Africa and Asia Pacific.

Based in the search firm’s Atlanta office, Ms. Biggins brings more than 15 years of search experience to Diversified Search – including several years working in the White House. She has served as assistant to the President of the United States and director of presidential personnel under Bill Clinton, a role that involved selecting and hiring all political appointees within the federal government. She worked directly with the President on appointments at all levels of the administration, including the placement of agency heads, ambassadors and members of presidential boards and commissions.