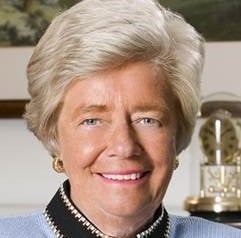 November 13, 2015 – Diversified Search founder and chairman Judith M. von Seldeneck has been honored as this year’s recipient of the Greater Philadelphia Chamber of Commerce William Penn Award. It is the highest honor bestowed upon a business executive in Greater Philadelphia. Awarded annually since 1949, recipients are chosen for their outstanding contributions toward the betterment of the region, their professional accomplishments, and their commitment to charity as well as to the community. The selection committee is comprised of past honorees.

For 40 years, Ms. von Seldeneck has been a pioneer in the search industry and a leader in placing senior level executive talent. She has received many industry and community awards and has been recognized by the recruiting industry as a pioneer and standard-bearer for women and diversity issues.

Recently, she was named to the Comcast and NBC Universal Joint Diversity Council and is chairperson of the Women’s Advisory Council. Ms. von Seldeneck was a founder of the Forum of Executive Women, the largest association of women business leaders in the Philadelphia area.

“I am honored to be selected as the 2015 recipient of the William Penn Award from the Greater Philadelphia Chamber of Commerce, an organization that has meant so much to me, has done so much for our community, and has allowed our organization over the past 40 years to serve regional, national and international clients in their leadership challenges,” said Ms. von Seldeneck. “I am both humbled and honored to join the ranks of the inspirational leaders who have received this Award in the past.”