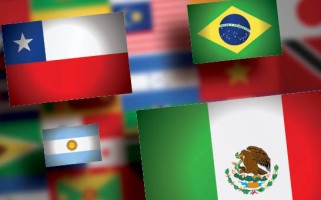 November 9, 2015 – Talengo, a global leadership consulting and executive search firm, has opened a new office in Mexico and named Borja Díaz-Pache as director. This opening is part of the firm’s expansion plan in the markets where Talengo already operates, including Europe, Latin America and the Middle East.

Mr. Díaz-Pache has more than 15 years of experience in sales departments, business and marketing development, service and product multinationals in both Spanish and Mexican markets. Before joining Talengo, Díaz-Pache was responsible for the launching and business development in Mexico of Abanca bank (a merger of Banco Etcheverría and Novagalicia Banco). He has also been sales VP of Regenersis in Mexico, a British quoted multinational provider of technical and business support covering a wide range of devices.

“With his experience and deep knowledge of the Mexican market that gives us, Borja is the right person to ensure the expansion of Talengo in the country and support our customers in the region,” said Jose Ignacio Jimenez, director general partner. “Latin America is a market of great interest for Talengo. Our goal is to continue supporting both the Spanish business groups there who need international services and local companies who highly value what we provide.”

Amrop appointed Jaime Montemayor as a partner in Mexico. He has significant experience in the automotive and industrial sector, having worked for BASF, Honeywell and Nemak (Alfa Group).

Caldwell Partners announced a significant expansion of its business into Latin America four months ago by forming a strategic alliance with CPGROUP LATAM Ltd., a company founded by the partners that established and led the Latin American operations of CTPartners. Through the alliance, Caldwell extends its global reach significantly beyond Canada, adding 16 partners in seven offices across Latin America and Florida: Bogota; Caracas; Lima; Mexico City; São Paulo; Santiago de Chile; and Miami.