Menu
View our Events
Stay Connected:
The U.S. is on track to add more than 8 million jobs over the next five years, but opportunities for middle-wage workers will continue to lag. Here’s why a robust economy has failed to produce better salary increases. 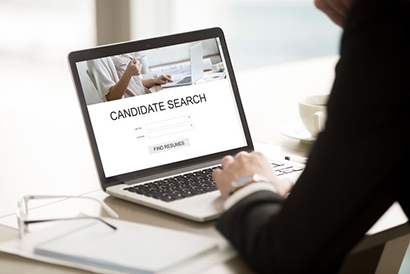 October 12, 2018 – A new study from CareerBuilder points to a continued hollowing effect in the labor market where high-wage and low-wage job growth is eclipsing middle-wage job growth by a significant margin.

Based on extensive analysis of historical and current labor market trends, the U.S. is expected to add 8.3 million jobs (5.08 percent growth) from 2018 to 2023; but only one-fourth of them will fall within the middle-wage category. Factored into the total job growth is an expected loss of 369,879 jobs over the same period, with middle-wage occupations experiencing most of the decline.

“Technology innovation is moving at an unprecedented rate and is rapidly redefining the occupations and skills required in the job market,” said Irina Novoselsky, CEO of CareerBuilder. “Most of the fastest-growing occupations have a technical component to them. Employers will need to play a greater role in providing competency-based training to the workforce.”

“At the same time, workers across all job levels will need to continually pursue opportunities to upskill in order to maneuver around accelerated shifts in labor demand,” she said. “This is a particularly pressing issue for middle-wage workers who are at greater risk for becoming displaced and workers in general who want to move up into better-paying jobs.”

High-wage and low-wage occupations are expected to have the highest net job growth from 2018 to 2023 at 5.71 percent and 5.69 percent, respectively. Middle wage-employment will grow at 3.83 percent.

A total of 121 occupations will experience a decline in jobs between 2018 and 2023. Seventy-five of those occupations are middle wage. Across the 121 total occupations, 369,879 jobs will be lost with middle-wage occupations accounting for 58 percent of the loss.

Unemployment Rate Falls to 48-Year Low
Employers added 134,000 jobs last month as the U.S. unemployment rate dipped to 3.7 percent, according to the most recent U.S. Bureau of Labor Statistics report. The September gain is the 95th consecutive month of job growth. The number of unemployed people fell to six million.

For the purposes of this study, CareerBuilder defined low-wage jobs as those that pay $14.17 or less per hour; middle-wage jobs as $14.18-$23.59 per hour; and high-wage jobs as $23.60 or more per hour. The analysis is based on data from Emsi and focuses on 774 occupations that are classified by the U.S. Bureau of Labor Statistics. It includes data for workers who are employed with organizations and those who are self-employed.

Wage growth across the U.S. was generally flat last quarter, according to a third quarter index of wages released by PayScale Inc., a Seattle-based provider of compensation data and software. Nominal wages fell 0.1 percent over the third quarter and increased only 0.4 percent year over year; the slight gain followed a less-than-stellar second quarter when nominal wages declined. Real wages fell 1.8 percent since last year.

Blue-collar wages were hit hardest as wages fell for transportation; manufacturing and production; and installation, maintenance and repair jobs. Transportation jobs experienced the largest decline with wages falling 3.8 percent in one year. On the flip side, wages for marketing and advertising jobs increased by 3.5 percent since last year.

“While key economic measures point to a robust economy, there is no question that these economic improvements have not translated into robust wage growth for the average worker,” said Katie Bardaro, chief economist at PayScale. “While it’s encouraging to see that wages are not continuing to drop — as the index reflected in Q2 — it is apparent the positive performance of many companies is not resulting in an increase in most employees’ pay checks.”

“Given the continued low rates of inflation and the ongoing pressure on profit margins, employers remain cautious when it comes to budgeting salary increases,” said Laura Sejen, managing director for rewards at Willis Towers Watson. “While most companies are feeling little pressure to increase budgets relative to what we’ve seen in recent years, many are starting to question how those budgets are spent and whether their conventional approaches to salary planning are delivering a good return on that three percent investment.”

CEOs, however, seem to be fairing much better. According to a recent report by Korn Ferry, CEOs at the largest companies in the U.S. last year received the highest compensation increases since the recession. “Even with the anticipation of the CEO pay ratio disclosure mandate, so far we haven’t seen it dampen organizations’ willingness to pay for performance, including strong shareholder value and net income increases,” said the search firm’s 11th annual “CEO Compensation Study.”

Median total direct compensation (TDC) for CEOs increased 8.7 percent to $13.4 million, said Korn Ferry. That is twice as much as last year’s 4.2 percent increase in TDC and the highest percentage increase since 2010, the first year of recovery from the Great Recession. While year-over-year base salaries remained relatively flat, with a 1.5 percent increase to a median of $1.3 million, a large percentage of the TDC increase came from performance-based compensation growth, said the study. Annual bonuses were up 4.1 percent. And long-term incentive value (LTIs) were up 7.4 percent.