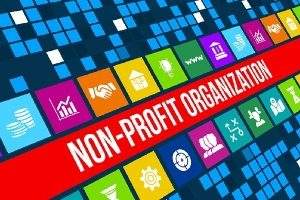 April 18, 2018 – The non-profit sector has gained economic strength in recent years, making it the third largest employer in the country. Nearly two million not-for-profits employ 10.7 million people and produce $1.9 trillion in revenue. In the past decade, employment in the sector grew by 17 percent. With demand for non-profit talent at an all-time high, search firms have plenty of work looking for candidates.

Mr. Valli, a seasoned senior executive with demonstrated results in diverse fields, has shown commitment to achieving long-term, sustainable change. His career has been focused on creating opportunities for under-served children, families and communities. Previously, Mr. Valli was CEO of a K-8 public charter school in Paterson, NJ that served 900 students in three campuses. In that role, he created a $15 million statewide organization operating in over 120 schools.

He also formerly served as a founding CEO of New Jersey After 3 (NJA3), a unique statewide non-profit intermediary organization that operates a statewide network of evidence-based afterschool programs. NJA3, a $15 million non-profit corporation, served upwards of 75,000 children in over 120 schools. Prior to that, he was VP of NJCDC, a community development group in Paterson.

NORWESCAP, established in 1965, is a non-profit community action agency that works to improve the lives of low-income individuals and families in need in Northwest New Jersey. The organization primarily offers, refers or collaborates with others to provide programs and education which help foster self-sufficiency in the following domains: economic & employment building, nutrition & healthy living, child & family development, and housing. The organization’s 300 employees, 1,200 volunteers and $32 million budget serve more than 32,000 low-income people.

DRG Search, founded in 1987, has conducted searches for senior executives at many of the major national charity groups, including the Jewish Council for Public Affairs, Hillel International, Birthright Israel, NEXT and the Jewish Funders Network.

Ms. Waterbury’s practice focuses on identifying CEOs, CFOs and senior fundraising professionals for organizations in the areas of children and family welfare, healthcare and wildlife conservation.

Some of her most recent placements include leadership positions for the Make-A-Wish Foundation, West Side Campaign Against Hunger, the Alzheimer’s Drug Discovery Foundation and the Environmental Defense Fund. Ms. Waterbury previously spent more than 20 years working in the financial sector, her last role being VP in emerging markets at Goldman Sachs.

McCormack+Kristel has been retained by the Los Angeles Homeless Services Authority (LAHSA) to lead in its search for a chief financial officer and a chief program officer. Managing partner Joseph McCormack and partner Michelle Kristel are leading both assignments. LAHSA is an independent public agency created by the city and county of Los Angeles …