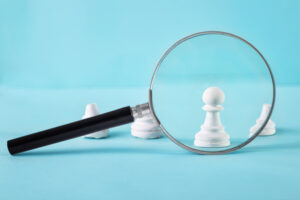 March 23, 2021 – Financial services organizations, generally, are facing a new competitive landscape, regulatory challenges, and a constant struggle to manage cost and efficiency. This requires strategic leaders with a multidimensional skillset. Like all financial institutions, banks continue to turn to executive recruitment firms to find new leaders. Diversified Search Group recently assisted in the placement of Andrew J. Harmening as the new president and CEO of Associated Banc-Corp in Green Bay, WI. Philip B. Flynn recently announced his retirement. Mr. Harmening will also serve as president and chief executive officer of Associated Bank N.A. and president of Associated Trust N.A. “I am proud of the progress the Associated team has made as we pursued our vision of becoming one of the Midwest’s premier financial institutions,” said Mr. Flynn. “I look forward to working with Andy as he prepares to take the reins at Associated, and to serving in an advisory capacity to support the company’s continued success.”

“We are delighted to welcome Andy Harmening to Associated as our new president and CEO, and to our board as a director,” said Jay Williams, chairman of Associated’s board of directors. “Andy is a highly regarded banking leader with a track record of driving profitable growth and operational excellence, improving customers’ experience and spearheading innovative digital products. With more than 25 years as a consumer, small business and commercial banker, he brings valuable expertise in digital transformation that will help drive Associated’s profitable growth trajectory.”

Mr. Harmening was most recently senior executive vice president, consumer and business banking of Huntington Bank. In this role, he led the bank’s digital and omni-channel strategy, which transformed its sales and service experience and earned industry-wide recognition for customer satisfaction. Earlier, Mr. Harmening served as vice chairman of the consumer banking division of Bank of the West. He also spent nine years with U.S. Bank in several roles of increasing responsibility within its small business and commercial banking divisions. He began his career as a branch manager at Fifth Third Bank in Cincinnati, OH.

“I am honored to become the president and CEO of this outstanding financial institution at a time when customer focus and nimble, digitally enabled execution has never been more important,” said Mr. Harmening. “Phil and the entire Associated team have laid the groundwork for a strong path forward, and I look forward to working with Phil to ensure a smooth transition and to accelerate Associated’s progress.”

Associated Banc-Corp has total assets of $33 billion and is one of the top 50 publicly traded U.S. bank holding companies. It offers a full range of financial products and services from over 220 banking locations serving more than 120 communities throughout Wisconsin, Illinois and Minnesota, and commercial financial services in Indiana, Michigan, Missouri, Ohio, and Texas.

Diversified Search Group is a family of firms serving specialized sectors. The firm was founded almost five decades ago by Judith von Seldeneck for the express purpose of placing diverse candidates in client organizations. Headquartered in Philadelphia, Diversified Search is the largest U.S. female-owned and founded firm in the executive recruitment industry.

Here’s a sampling of some important searches for banks that are either underway or recently completed taken from the Hunt Scanlon Media Archives:

Scarborough, ME-based recruitment firm Smith & Wilkinson has been selected to help find a president and CEO for DRBank in Darien, Conn. Partner and practice director for financial services Cameron Boyd is leading the assignment. According to the search firm, this unique leadership role will provide an environment for an entrepreneurial executive to collaborate with an accomplished team to create innovative financial services technology and business lines as well to lead a community bank offering traditional consumer and commercial banking products and services.

Irvine, CA-based search firm McDermott + Bull has placed Sean Foley as the chief banking officer of Pacific Mercantile Bancorp, the holding company of Pacific Mercantile Bank, a wholly owned banking subsidiary. The assignment was led by president Brandon Biegenzahn and VP Michelle Davis. Pacific Mercantile Bank is a full-service business bank with more than $1.3 billion in assets serving Southern California. It is listed as a member of the Russell 2000 Index. The bank is headquartered in Orange County and has seven locations in Southern California, in Orange, Los Angeles, San Diego and San Bernardino counties.