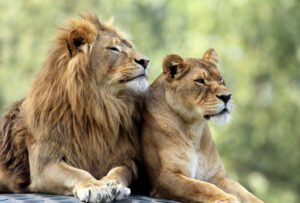 September 28, 2021 – Chicago-based executive search firm DHR International has assisted in the recruitment of Jeremy Goodman as the next president and chief executive officer of the Pittsburgh Zoo & PPG Aquarium. He will succeed longtime zoo director Barbara Baker and will be the eighth Pittsburgh Zoo director since the zoo opened in 1898. After leading the organization for the past 31 years, Dr. Baker will be retiring and will hold the honorary title of president emeritus in recognition of her many contributions to the zoo’s growth and development. She will be available, as needed, to consult with board officers and Dr. Goodman through the end of 2022 to ensure a smooth transition.

“Our board is delighted that Dr. Jeremy Goodman will become the Pittsburgh Zoo & PPG Aquarium’s next leader,” said Donna Hudson, the Zoological Society of Pittsburgh’s board chair. “Dr. Goodman is an accomplished gamechanger in the advancement of city zoos and has a track record of success to bring to Pittsburgh’s unique combination zoo and aquarium. He will bring new perspective and experience to advancing our AZA accreditation, renewing our lease with the city, creating and updating exhibitions, and engaging the community in new ways in order to further enhance and grow our zoo.”

Dr. Goodman, a veterinarian, is currently executive director of the Roger Williams Park Zoo in Providence, RI, where he is credited with reinvigorating the nation’s third oldest zoo since he arrived there in 2013. He is responsible for strengthening the zoo’s financial position by seeking new sources of revenue through public funding, grants, and campaigns, including for installing the largest single new exhibit ever built at the zoo.

Previously, Dr. Goodman was director of the Turtle Back Zoo in Essex County, NJ, for nine years during which time he turned around the finances of the municipal zoo and achieved its first national accreditation by the Association of Zoos and Aquariums. His first zoo management role was as assistant director of the Potawatomi Zoo in South Bend, IN. He was a private practice veterinarian after receiving his doctorate in veterinary medicine from Tufts University.

Like many other non-profit organizations and community assets, the Pittsburgh Zoo faced a significant challenge due to the pandemic. The Zoo has successfully reopened and is delivering conservation and education programs, in addition to maintaining the highest standards of animal and habitat care and safety throughout its facilities.

The Pittsburgh Zoo & PPG Aquarium is one of only six major zoo and aquarium combinations in the U.S. and operates the only center in North America that focuses on the breeding and care of African elephants. It is home to numerous endangered species and superior husbandry abilities to sustain them. The organization’s research and conservation projects are recognized globally and represented on all seven continents and five oceans.

Home to more than 8,000 animals representing over 600 species, the Pittsburgh Zoo & PPG Aquarium strives to foster positive, lifelong connections between animals and people.

Since 1989, DHR International has been a leading, privately held provider of executive search solutions with more than 50 wholly-owned offices spanning the globe. DHR’s consultants specialize in all industries and functions, providing senior-level executive search, management assessment and succession planning services tailored to the qualities and specifications of its client base.