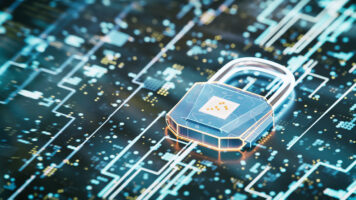 Mr. Benge brings extensive experience scaling fast growth technology organizations, joining CryptoSlam from TrackVia, where he served as CTO. TrackVia is a leading low-code platform, ranked as one of the nation’s fastest growing private companies by Inc. magazine, and a pioneer in low-code and no-code innovation. Mr. Benge was one of the key managers in building and scaling the company from an early stage. Previously, he was a technology leader with Photobucket, which was one of the largest photo and video sharing sites in the world with over seven billion images and 100 million users. Mr. Thomsen brings deep expertise in technology leadership for early-stage tech companies. He has served as vice president of engineering with Edmodo, the world’s largest learning network for K-12 students, teachers, administrators, and parents with over 100 million members and users in over 190 countries worldwide. Previously, he led engineering for a number of fast-growing venture companies including BumeBox and Belomi. He was co-founder of Moxsie, an E-commerce marketplace in fashion design.

As one of the highest profile technology start-ups in the NFT market, CryptoSlam has brought in Messers. Benge and Thomsen to work closely with the CEO to set the future technology vision for the company and ensure that it can scale rapidly over the next 24 months.

“CryptoSlam is the go-to destination for tracking all things NFT,” said Mark Cuban, one of a prominent group of angel investors funding the company along with actor Ashton Kutcher, talent manager and writer Guy O’Seary, and Jay Rosenzweig, the founding partner of Rosenzweig & Company. “[They] have become the industry leader in tracking transactions for NFT’s….with a dominance that is only growing.”

“The NFT space is garnering so much attention and growing so fast, but at the same time the talent market is as competitive as I’ve ever seen in the tech space,” said Mr. Rosenzweig. “CryptoSlam is in a unique position as both an early-stage startup and a key platform in the NFT space with a dominant market position. They needed unique technology leaders who know how to build companies and technology infrastructure while maintaining their competitive moat in the marketplace.”

“Todd and Per fit this mandate well,” said Mr. Rosenzweig. “Todd has built the technology infrastructure for a company that is in a fast-growing, leading edge area of technology into a central player in that market’s ecosystem. Per knows the entrepreneurial tech space well and all the challenges that await companies as they navigate growth. CryptoSlam is both inside blockchain and outside of it from a technology perspective. So, someone needs to understand the space, but in a context that is largely about big data management, at least at this stage in the company’s development.”

Randy Wasinger, CEO of CryptoSlam said the company was delighted with the new additions. “They bring extraordinary talent and experience to the table, with a strong understanding of how to support the kind of rapid growth we are experiencing as we move to our next stage of development,” he said. “The fact that Rosenzweig was able to bring this kind of talent to us at the same time as providing the benefit of their informed insight to us throughout the process is a testament to the deep expertise they hold in the tech space generally and the NFT space in particular.”

As the first aggregator of NFT data from multiple blockchains, CryptoSlam has become the industry leader in providing transparency on NFT transactions – from high level sales reporting, to detailed analysis for making NFT purchasing and selling decisions.

Mr. Rosenzweig, the founding partner of the firm, is an expert in designing, building and attracting world-class executive teams. He consults to public and private companies, including large global corporations, emerging growth to mid-sized businesses, professional services firms, and private equity and venture capital firms.