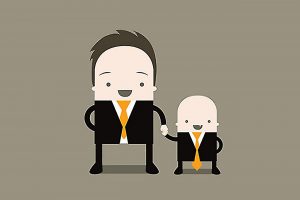 June 8, 2017 – Lawrenceville, GA-based DF Brown & Associates has expanded with the addition of Garrett Brown as vice president and principal. It’s a move that the 19-year-old executive search firm is touting as the arrival of a “second generation” of leadership since Mr. Brown’s father, David, is its founder.

In addition to more than 10 years of business experience in recruiting, sales, leadership and technology solutions, the younger Mr. Garrett brings a tech-related expertise that DF Brown & Associates was lacking. He has built client relationships across a multitude of industries including software as a service (SaaS), healthcare, retail, banking and finance, and telecommunications.

Prior to joining DF Brown & Associates, he was managing director of Elev8 Hire Solutions. Prior to that, he served as managing director of the recruiting company Diversant, for which he opened an office in Atlanta. Within two years, he built a staff of 20 employees and an $8.75 million revenue run-rate. In addition, he serves as co-chair for the TechBridge Digital Ball and sits on the TechBridge Engagement Committee.

When asked about representing the next generation at DF Brown & Associates, Mr. Brown said: “What’s so exciting about it is that my dad and I have been talking about doing this for a long time, and now it’s actually happening. We’re very much alike, so it was no surprise that we found our way into the same profession.”

“We’ve always shared stories about our experiences in recruiting and offered advice to one another,” he said. “In addition to the fact that now we’ll get to spend a lot more time together – which is a very cool thing – I hope to bring something entirely new to the company my dad has spent the last two decades building. During the time that he’s been putting DF Brown & Associates on the map as a highly-respected executive retained search firm, I’ve been building relationships,” Mr. Brown said. “I plan to leverage that decade of relationship-building to help fill the overwhelming need for IT professionals such as software engineers and designers.”

Generational Shift: Succession of Older CEOs Slows
The rate of succession of older CEOs of large U.S. public companies slowed significantly this past year, bringing to a halt a generational shift in business leadership that had been observed since the financial crisis.

The younger Mr. Brown said he is optimistic about the future of the firm – particularly given the definite supply shortage of qualified IT candidates. He believes the need for a skilled search firm with a large network from which to draw has never been stronger.

His father, DF Brown & Associates’ founder and president David Brown, agreed: “I’m eager to see the response from our clientele to this new service offering of technology-focused recruiting, since we’ve been solely a retained executive search firm since our inception. Early indications are very high,” he said. “Garrett has hit the ground running and has already fulfilled the IT staffing needs for several new clients. Besides that we’re now able to provide a broader range of services to our clients – which will, in turn, grow our client base — I really like that Garrett is just as customer-focused as me and naturally a lot smarter. He believes in building personal and direct relationships. Email and text may enrich relationships, but they never replace a great handshake and eye contact.”

Passing On the Recruiting Torch

Such family enterprises are not uncommon. Just recently, The Onstott Group named Cullen Onstott as a vice president. “Pat Campbell and I are very pleased to have our son Cullen join the business,” said Joe Onstott, founder and managing director of the firm. “He brings a fresh perspective, a keen knowledge of digital media, strong analytical skills, and good executive presence.”

Prior to joining The Onstott Group, Cullen Onstott was an energy trader at DTE Energy Trading. He also spent five years with Morgan Stanley in its institutional commodities division in New York. He began his career as an investment analyst. He earned his bachelor’s degree in finance from Fairfield University.

When asked why he chose to enter the executive search industry, Cullen Onstott said: “I spent the majority of my career in the institutional commodities business at Morgan Stanley. After more than eight years in analytical roles, including trading, deal valuation, and research, I felt that executive search would expose me to a variety of industries and corporate cultures, and improve my interpersonal and business development skills.”