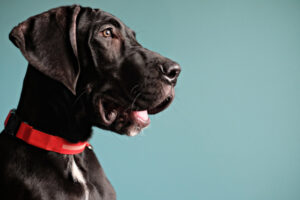 January 25, 2022 – Non-profit specialist recruitment firm Development Guild DDI has been enlisted to find the next executive director and chief executive officer the AKC Museum of the Dog in New York City. Kieran McTague, senior vice president and director, New York, is spearheading the assignment. The new leader will be responsible for the management and supervision of the day-to-day affairs of the museum in accordance with policies, guidelines and a budget established by the board of directors, said Development Guild DDI. In consultation with the board and AKC leadership, the ED and CEO will be expected to develop and implement the strategy for expanding the museum’s audience, engaging the broader community, and building various revenue streams in support of the museum’s operations and programs. This includes increasing the museum’s visibility, attendance and organizational growth.

Fundraising will be vital to the AKC Museum of the Dog’s ability to meet these goals, and the ED and CEO will be expected to play a leadership role in raising philanthropic funds. This creative and engaging leader will form effective external relationships with key local, regional and national leaders in the business, government and non-profit sectors.

The individual will benefit from the support of Alan Fausel, who has served in the role of executive director during this time of transitioning the museum from St. Louis back to New York City. Mr. Fausel will move into the role of adjunct curator due to his deep experience and reputation in the area of dog art collections and exhibitions. 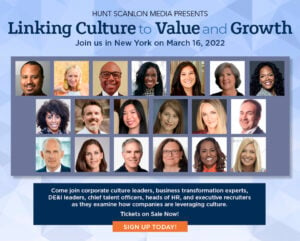 Other responsibilities of the role will include overseeing overall operations of the museum including revenue generation, staffing, curatorial, education and budget. He or she must also serve as the external face of the organization and regularly communicate with the board, staff, museum donors, sponsors and the public.

Key qualifications for the position include having a passion and enthusiasm for dogs and the mission of the museum and the capability to effectively serve as the primary advocate for the organization, said Development Guild DDI. Candidates must have a proven track record of having grown an organization and enhanced its reputation. They should also have a strong history of driving organizational revenue growth, including private philanthropic support. Being a visionary and strategic thinker with a keen appreciation for the museum’s growth potential is essential.

Prospects should also bring a strong understanding of (or comparable experience in) the business, community relations, marketing, operational and revenue aspects of directing a museum, said the search firm. A solid appreciation and interest in learning the collections management aspects of the museum is important. Experience working closely with governing boards to help manage all matters affecting the museum and its performance is also vital. The AKC Museum of the Dog wants a team leader for the role with the ability to engage and motivate staff and members through a collaborative, respectful working environment.

The AKC Museum of the Dog preserves, interprets and celebrates the role of dogs in society and educates the public about the human-canine bond through its collection of art and exhibits that inspire engagement with dogs. Founded in 1979 and opened in 1982, the museum was originally located in New York as a part of the AKC headquarters. In 1987, the museum was moved to a new location in West St. Louis County, MO. After over 30 years, the decision was made to bring the museum back to its original home and reunite it with the AKC headquarters and collection. The museum offers rotating exhibits featuring objects from its 1,700-piece collection and 4,000-volume library. Located in the same building, the Museum of the Dog is supported financially in part by the AKC and has access to AKC’s administrative functions including but not limited to HR, legal, communications and finance.

Development Guild DDI, which has offices in New York and Boston, was founded in 1978. The firm helps clients align leadership around a strategic vision with its planning, executive search, and fundraising services. The firm works with non-profits nationwide, partnering with leaders in academic medicine, higher education, arts and culture, human services, and others.

Mr. McTague brings more than 25 years of experience to his work in partnering with non-profits, strengthening fundraising programs, and recruiting key talent for organizations. Across his career, Mr. McTague has designed and implemented campaigns ranging from $10 million to $225 million. Prior to joining Development Guild DDI, he served as executive vice president at Changing Our World. As a founding partner and member of its leadership team, he was responsible for designing and implementing successful capital, endowment, and operating programs and campaigns for a diverse array of non-profit institutions.