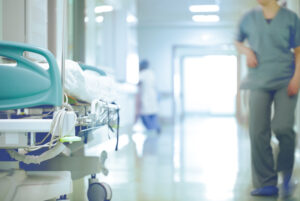 “Some of the most important breakthroughs in pediatric medicine are taking place at St. Louis Children’s Hospital,” said Trish Lollo, the hospital’s president. “New discoveries and treatments often originate because of generous donors in our community. A fundraising leader of Tanya’s caliber will help us grow our capacity for innovation and provide the best care possible for kids and families in our region, across the country and around the world.”

Ms. Waskiewicz has 20-plus years of extensive experience in healthcare fundraising and leading teams to increase major gifts and overall philanthropic giving. For the past nine years she has served as vice president of the Mercy Health Foundation, where she led donor development and fundraising efforts for Mercy Hospital and Mercy Clinics throughout the St. Louis region.

The St. Louis Children’s Hospital Foundation is in early stages of a $250 million comprehensive campaign, having conducted a feasibility study, identified key areas of need and growth for the hospital, and secured a crucial lead gift. Campaign planning continues with leadership recruitment and case development. The CDO will play a critical role in guiding the foundation’s relationship managers as they continue to identify key prospects and prepare solicitation plans.

Development Guild DDI, which has offices in New York and Boston, was founded in 1978. The firm helps clients align leadership around a strategic vision with its planning, executive search, and fundraising services. The firm works with non-profits nationwide, partnering with leaders in academic medicine, higher education, arts and culture, human services, and others.

President William Weber, who co-founded the firm with Suzanne Weber, has focused his career on the convergence of strategic planning, philanthropy, and leadership development, as well as the transformational impact it can have on an institution. His many clients have included: Boston University, George Washington’s Mount Vernon, Johns Hopkins Medicine, W.K. Kellogg Foundation, Mount Sinai Health System, National Coast Guard Museum Association, Union of Concerned Scientists and Year Up.