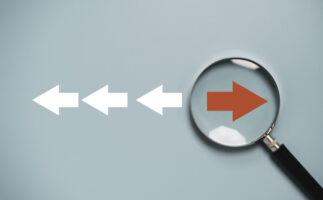 March 17, 2022 – Daversa Partners, which helps build leadership teams for growth and venture-backed companies, has assisted in the recruitment of Dzmitry Markovich as vice president of engineering for Dapper Labs in Vancouver, British Columbia. Managing director Lindsay Angelillo led the assignment. “Dapper Labs is by far one of the most disruptive and transformative Web3 companies of our generation,” said Ms. Angelillo. “With the addition of Dzmitry Markovich, Dapper Labs will continue to push boundaries and take the world of collectables to new levels. Markovich brings extensive experience in scaling world class engineering organizations and has demonstrated an ability to build products that perfectly blend enterprise know-how with the opportunity to run consumer scale web and mobile applications. We are looking forward to watching their continued explosive growth.”

Previously, Mr.  Markovich served as vice president of engineering at Dropbox. In this role, he set the technology direction and strategy, hiring, career development, culture, and talent within the organization. Before that, he was founder and CEO for Meople.Net, which was acquired by Intellectsoft in 2016. Prior to this, Mr.  Markovich was staff software engineer with LinkedIn.

Dapper Labs, the company behind CryptoKitties, NBA Top Shot, and the Flow blockchain, uses blockchain technology to bring NFTs and new forms of digital engagement to fans around the world paving the way to a more open and inclusive digital world starting with games and entertainment. Its current studio partners include the NBA, NBPA, WNBA, WNBPA, LaLiga, NFL, NFLPA, Warner Music Group, Ubisoft, Genies, and UFC. Dapper Labs has raised over $600 million from leading and notable investors including Andreessen Horowitz, Coatue, Union Square Ventures, Venrock, Google Ventures (GV), Samsung, and the founders of Dreamworks, Reddit, Coinbase, Zynga, and AngelList, among others.

Daversa Partners, founded in 1993, builds executive teams for growth stage and venture backed companies. Its global footprint spans two continents and eight offices, giving its teams visibility into the entirety of the market. Daversa is dedicated to developing meaningful relationships with entrepreneurs, executives and investors across consumer and enterprise businesses. In addition to its primary location in Westport, Conn., the firm has offices in New York; San Francisco; Washington, D.C.; Orlando, FL; London; and Waterford, Conn. where the firm maintains a data and people analytics facility.

Ms. Angelillo joined Daversa Partners in 2014 and has become the lead recruiter for the firm’s technology and product practice, leading top VP of engineering, VP product, chief product officer, and chief technology officer searches. “Lindsay is one of those very special leaders in our firm that compels people to take risks, defy adversity, and move the goal line every day,” said Paul Daversa, CEO. “She is also becoming that voice in the engineering and product community of start-ups. She has become an incredible voice for the LGBTQ tech community and has inspired an outpouring of support and admiration within our company. She is a humble, selfless, fierce leader within our firm who always prioritizes the development of others while delivering unparalleled talent. She is a force to be reckoned with in this industry.”

A New Twist on Recruiting Diverse Teams Across the Technology Ecosystem
Everyone wants to diversify their executive teams. But according to one top search firm, it is a growing requirement for technology businesses. Three leaders in the space – Lindsay Angelillo, managing director of executive search firm Daversa Partners; Yvette Pasqua, CTO of EXOS; and Christina Wick, vice president of engineering at Vista, address how to help deliver change with speed and efficiency.

In addition to her search work, Ms. Angelillo has been a champion for underrepresented groups, and has dedicated much of her career to placing women, members of the LGBTQ community, and other underrepresented groups into leadership roles. She has been honored by Crain’s New York Business as No. 2 on its list of Notable LGBTQ Leaders and Executives and has authored a thought leadership piece on the underrepresentation of women in engineering, featuring two of the industry’s top female CTOs, Yvette Pasqua and Christina Wick.