Menu
View our Events
Stay Connected:
Everyone wants to diversify their executive teams. But according to one top search firm, it is a growing requirement for technology businesses. Three leaders in the space – Lindsay Angelillo, managing director of executive search firm Daversa Partners; Yvette Pasqua, CTO of EXOS; and Christina Wick, vice president of engineering at Vista, address how to help deliver change with speed and efficiency. 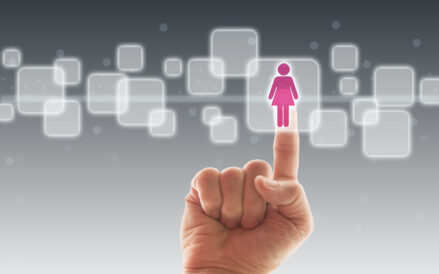 November 5, 2021 – Innovative technology and high powered, highly functioning engineering teams are the backbone of the tech ecosystem. To have a world-class chief technology officer or vice president of engineering that attracts talent and can build a team quickly and with diversity in mind is the ultimate goal. If you can be one of the great companies who lands a diverse, outstanding CTO, you’ve “made it.” So why is it that other functions like marketing, sales, human resources and operations have seen quantifiable change with the rise of the #womenintech movement over the last five to 10 years, but technology still falls short?

“As a woman who helps lead my firm’s engineering practice and as a member of the LGBTQ community, I understand the need for diversity on an executive team, but do people actually care about that?” asked Lindsay Angelillo, managing director of Daversa Partners. “Or are companies more concerned about what their About Us page looks like on their website? On the flip side of that, why do we even refer to female CTOs as female? Why aren’t they just CTOs? Does it make the problem worse and set us back further in truly getting equal representation?”

Regardless of why, Ms. Angelillo acknowledges there is a severe supply and demand issue at hand. Why are the number of women graduating with computer science degrees dropping? Do people pivot out of these roles when they are told they aren’t as technical as their male counterparts? She has a long list of questions at hand. 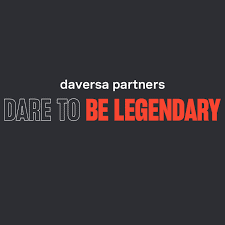 The Ultimate Operator w/ Robinhood’s COO, Gretchen Howard
Robinhood’s COO Gretchen Howard joins Daversa Partners’ CEO Paul Daversa, and longtime partner Bill Beer to talk all things leadership, operations, and talent. Nothing is off limits in this conversation; including — female leadership from the top down, diversity, the battle for top talent, expectations vs. reality, and the evolution of Robinhood… ALL while navigating a media blitz (and a global pandemic). Click here to listen to podcast!

Yvette Pasqua, chief technology officer with EXOS, a fitness, wellness, and athletic training company, said that change in diversification at the executive level or the company demographics overall is best achieved by leaders who are focused on doing the work. “Don’t outsource the work to your junior people or to people from underrepresented groups,” said Ms. Pasqua. “As a leader, you have to do that work yourself and grow your network by reaching out and meeting people from underrepresented groups. When I’m in recruiting mode, I’m sourcing people myself and doing the research; I’m reading articles and blogs; I’m scouting at conferences and talking with people; and I’m even making cold calls.”

She said her company has hired five or 10 people so far but hasn’t used a recruiter. “This year, I probably reached out to 200 people from underrepresented groups, and I probably ended up getting virtual coffees with about 40 or so of them. You have to start with the top when you’re talking diversity, equity and inclusion because if your leaders aren’t a diverse team, and if you’re not interviewing a diverse slate of candidates for your leadership roles, you’re not modeling the behavior you need and are asking of others,” she said.

Ms. Pasqua said that it is demoralizing for diverse employees to see no representation at the top of their companies. Inadvertent discrimination tends to follow that, she said. “I’ve literally left companies because none of the leaders were women,” said Ms. Pasqua. “So, to all the leaders at the top, we need to do the work and set the example and build up our networks so that when a role opens up, you don’t just go with the fastest best option, which is almost always a white male. As an ally, just do the work and don’t let the women or people from other underrepresented groups do the work for you.” 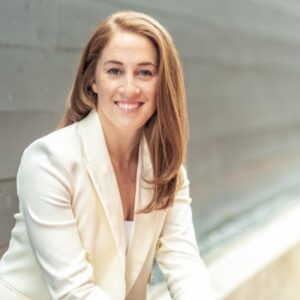 “To be perfectly honest, even as a gay woman in tech, I’m still a white woman who went to a private university and I’m more privileged than many others and it’s really easy for me to hide behind that privilege,” said Ms. Pasqua. “Getting that first or second break, I got hired as a software consultant out of college simply because of the school I went to since they targeted Ivy league graduates. They would hire you for cheap and train you up and bill you out for a lot — that’s how I initially learned to code on the job.”

Those opportunities are not available to many people, she admitted, “so to be perfectly honest, I think to solve the women in tech problem, we first need to solve the diversity and equity in tech problem as a whole. I think it’s really easy to solve the problem for rich white women because people don’t want to talk about systemic racism within tech, they’d rather focus on gender inequality because it’s an easier conversation to have.”

Christina Wick, vice president of engineering for Vista, a small-business design and marketing company, says that women earn 19 percent less than men (when talking about the general gender pay wage gap). “The Institute for Women’s Policy Research estimates that we won’t actually reach parity in pay until 2059,” she said. “ In tech, it’s actually worse. We make 29 percent less than our male counterparts. The gap is also worse based on ethnicity and gets wider as we get older. This is frustrating and discouraging, and can’t possibly encourage women to build tenured careers in tech. Did you know that 50 percent of women who take a tech job drop it by the age of 35? And a third of the other half who do remain are still in junior positions?”

Companies Continuing to Increase Board Diversity
Data show that 72 percent of new independent directors are women or men from historically underrepresented racial and ethnic groups, a vast improvement from past years, according to a new report from Spencer Stuart. Let’s take a closer look!

Fewer women are entering the industry, and the ones that do enter abandon their technical training and career path mid-career, said Ms. Wick. “Coupled with the fact that women are promoted into management positions at a smaller percentage rate as men and you end up with a small pool to draw from, and it gets smaller and smaller as you go up the ladder,” she said.

To bring about real change, a commitment to diversity, equality and inclusion is essential. “In general, creating a company with the culture and values that support those initiatives and drive awareness around gender and unconscious bias, all while providing resources to those groups is a good place to start,” said Ms. Wick. “I think that having executives that are explicit about sponsoring will also help move the needle.”

Ms. Wick added: “Give your girls Legos instead of Barbies, expose them to women in leadership positions at a young age, don’t feed into the whole stereotype, and encourage them to engage in STEM. There are many things that we can do to encourage our children and expose them to these functions so that we don’t keep falling for that stereotype that ‘girls are good at English and boys are good at math.’”

In a career that’s spanned more than 20 years, Ms. Wick said what’s been most fulfilling for her is having achieved a seat at the table. “That’s what I’ve been fighting for and now that I am here; it is really rewarding,” she said. “I now have the opportunity to grow others to the fullest depth and breadth of the top most level in technology.”