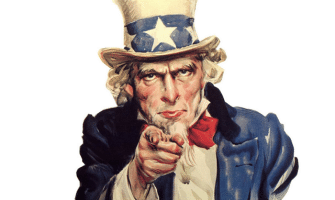 August 19, 2015 – Despite job opportunities in the human resources field remaining flat since the start of the year, there is increased confidence among HR professionals that they can land new jobs in their field, according to a just released survey from the Society for Human Resource Management.

SHRM’s survey examines hiring trends in the HR profession as well as HR professionals’ confidence in their own job security and ability to find work elsewhere. The results from the summer survey show that many HR professionals are content with their compensation and their ability to balance work and life issues. However, some HR executives report they are unsatisfied with advancement opportunities in their profession and in their organization’s overall culture, leading them to consider seeking new jobs in the near future.

More than one out of four HR professionals (27 percent) had some degree of concern about their job security (23 percent were “somewhat concerned,” and four percent were “very concerned”). This number is down sharply from 39 percent 18 months ago. Among career-level categories, executive level HR professionals had the least combined degree of concern (21 percent), and mid career level workers had the highest level (31 percent) of concern with job security.

The vast majority of HR professionals (88 percent) had some level of confidence that they could land a new position, if needed. This number is up slightly from 85 percent in December 2014. Of the 88 percent, 59 percent said they were “somewhat confident,” and 29 percent said they were “very confident.” More than one out of three respondents (37 percent) who said they were looking or planning to look for a new job cited “more compensation/pay” as the reason. Thirty-three percent also pointed to “better career advancement opportunities” as the reason for seeking a new job.

Fewer than three out of 10 respondents (27 percent) said their organizations were hiring for HR positions (21 percent needed replacement positions, and six percent were creating new HR jobs). This number is up from 20 percent in January 2014. The need for HR expertise increases dramatically with company size. Just one percent of small companies (those with one to 99 employees) are recruiting for HR positions, according to the summer 2015 survey results. On the other end of the spectrum, nearly two thirds (65 percent) of employers with 25,000 or more workers are now hiring for HR jobs.

“This research out of SHRM dovetails with findings from our CHRO surveys which indicate that as large companies continue to bring their mid- to upper-level search functions in-house, there is a developing need for top-flight HR generalists who can oversee these mushrooming internal recruiting operations,” said Scott A. Scanlon, founding chairman and CEO of Greenwich-based Hunt Scanlon Media.

Among the companies that are hiring for human resource positions, HR generalists continue to be in the highest demand (55 percent) according to the summer 2015 survey. Generalists were the most sought-after HR professionals in the December 2014 survey (53 percent) and the January 2014 survey (70 percent) as well, and those positions were the second highest category of job postings in SHRM’s HR Jobs database in May 2015.

Confidence levels were highest among experienced HR professionals: 89 percent of executive-level, senior-level and mid-career-level respondents had some degree of confidence that they could find work if necessary. Nearly three out of four (74 percent) early career HR professionals had some level of confidence in finding a new job. The increased confidence among HR professionals may be due to improved conditions in the broader labor market. In 2014, the U.S. labor force added 3.1 million jobs, the most since 1999, according to the U.S. Bureau of Labor Statistics (BLS). Also, in April 2015, there were 5.4 million job openings, the highest number since the BLS began tracking that metric in December 2000.

SHRM’s HR Jobs Pulse Survey is based on responses from HR professionals at early career, mid-career, senior and executive-levels. Their functions of HR work include HR generalists, administrative, benefits, compensation, employee relations, employment/recruitment and human resource information systems, among others.