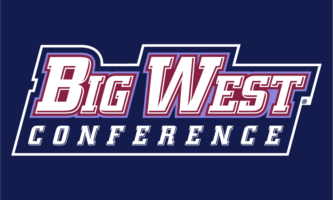 February 13, 2020 – The Big West Conference has begun its search for a new commissioner to replace Dennis Farrell, who recently announced his retirement after leading the conference for 27 years. Collegiate athletics consultants College Sports Solutions (CSS) and Buffkin / Baker are managing the search process, with Jeff Schemmel, president of CSS, acting as lead consultant, with assistance from Dan Walters of Buffkin / Baker.

“We are looking forward to finding the very best commissioner and will engage all Big West member institutions in the process,” said Jane Close Conoley, president of California State University, Long Beach, and chair of the search committee as well as the president’s council. “After careful vetting of search firms, College Sports Solutions and Buffkin / Baker were chosen due to their experience in the marketplace and successes in college athletics searches.”

Ms. Conoley indicated that the goal is to have a new commissioner announced by May 31.

Earlier this year, CSS and Buffkin / Baker formed a partnership, combining their executive search services to better serve universities and colleges, intercollegiate conferences and collegiate athletic organizations. The two organizations collaborate in all areas of the executive search business at many of the nation’s leading institutions. “The newly formed partnership with College Sports Solutions will further enhance our higher education practice,” said Martin Baker, managing partner and head of the higher education practice at Buffkin / Baker. “Exemplary search relies on the ability to adapt to the changing collegiate landscape and we are thrilled to be collaborating with CSS to ensure continued success in this area.”

Buffkin / Baker has completed more than 550 searches for universities and colleges across the country. The firm recently conducted searches for a number of institutions in the Power Five conferences, as well as leading liberal arts colleges, AAU institutions and regional universities. The firm’s office locations include Nashville, New York, Washington, D.C. and Winston-Salem, NC, with affiliate offices in London. Buffkin/ Baker is a member of Panorama Search, an international federation of retained firms with 18 firms and over 30 offices globally.

With over 25 years of intercollegiate athletics management experience, Mr. Schemmel is a former athletic director who has served in key leadership positions within the NCAA, the Mountain West Conference and Conference USA, and at schools in the Big 12, Big Ten and Pac-12 conferences. He was director of athletics at San Diego State University from 2005 to 2009. During his tenure, he negotiated the school’s first comprehensive apparel/equipment contract with Nike and was responsible for hiring and retaining many of the school’s successful coaches and administrators.