Menu
View our Events
Stay Connected:
This multi-year study organized by the Alliance for Board Diversity, in collaboration with Deloitte, highlights the progress to date that has or has not been made in the equitable representation of women and minorities on corporate boards. Let’s take a closer look. 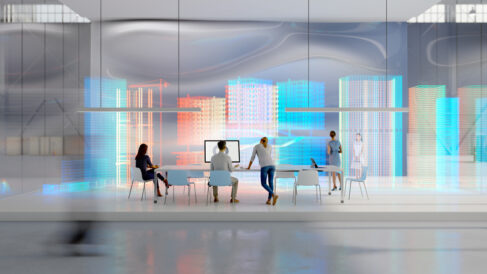 July 20, 2021 – The events of last summer may have been a tipping point for the large array of factors that brought to the forefront already existing needs for change in boardroom composition. A new report by the Alliance for Board Diversity (ABD), in collaboration with Deloitte, concludes that that while stakeholders and shareholders increase demands for gender, racial and ethnic diversity in the boardrooms of America’s companies, many forward-thinking boards have come to recognize the benefits of such change. That’s progress.

“This business case for board diversity is not new and may no longer be forward-thinking,” the study said. “The protests over racial injustices and state legislative action on board composition in 2020 made clear that the need for greater representation of women and minorities in the boardrooms of America’s largest companies can no longer be held up or held back. As demographics and buying power in the U.S. become increasingly more diverse, corporate boards are working to obtain greater diversity of background, experience and thought in the boardroom.”

In 2020, nearly 36 percent (more than one-third) of diverse board seats are occupied by persons on multiple Fortune 500 boards. “Clearly, the opportunities need to be spread more widely among eligible women and minority board candidates,” the Alliance for Board Diversity/Deloitte report said. “In fact, we may be underestimating the ‘overreliance’ on these board members, as we are not accounting for their board seats outside the Fortune 500.”

Related: Here’s How Women Leaders Can Win Their First Board Seat

While women and minorities have consistently held higher recycle rates than white males in the Fortune 500, this rate has generally decreased each year for all demographic groups, including white males, according to the Alliance for Board Diversity/Deloitte report. In 2020, nearly 36 percent (more than one-third) of diverse board seats were occupied by persons on multiple Fortune 500 boards. The concentration was most acute for seats held by African American members. Just over two out of every five seats occupied by African American/Black board members were held by a person serving on multiple Fortune 500 boards. The concentration was least acute for Asian/Pacific Islanders, with about a quarter of all seats occupied by Asian/Pacific Islanders being held by a person on multiple Fortune 500 boards.

Six companies remain composed entirely of white male board members, according to the Alliance for Board Diversity/Deloitte report. Five of these six companies’ boards have been comprised of entirely White males since 2016, when Deloitte began collaborating with the ABD on the Missing Pieces report. In 2016, there were 15 boards with zero gender, racial, or ethnicity diversity. The ABD and Deloitte acknowledge that the progress made on overall diversity has largely been due to the increase of white women on boards.

Overall, this year’s census provided powerful metrics on the very gradual progress in diversity of America’s boardrooms and may help to guide corporations toward improvements in accelerating board participation of women and minorities. The Alliance for Board Diversity says it would like to see higher percentages for minority participants (currently only 17.5 percent) as we work toward the goal of 40 percent women and minorities holding Fortune 500 board seats.

“Census projections show that in the next 40 years the U.S. population will be one third people of color,” said Louis Montgomery Jr., leader of the human resources and diversity officer practice at JM Search. “Today, almost 50 percent of Americans under the age of 18 are people of color. These are your future customers, employees, and investors. Millennials are the largest group of employees in the workforce. They are increasingly making employment and buying decisions based on an organization’s social responsibility reputation. The representation of individuals of color on boards and senior leadership are viewed as proxies for an organization’s commitment to diversity and inclusion. The lack of women and/or people of color on an organization’s board or in senior leadership is viewed negatively, not just by people of color, but increasingly by people in general. An organization’s negative reputation can have seriously negative consequences on their brand and company performance,” he added.

“As a recruiter myself, I can say that we are really only as good as our network and reputation,” Mr. Montgomery said. “Here’s a reality and a potentially controversial statement – most white people don’t have any close friends of color and don’t know many individuals of color. Personally speaking, I know that I am the only black friend some of my white friends have. So, if you don’t personally know any individuals of color you are immediately at a competitive disadvantage as a recruiter.”

“The first challenge for organizations looking to create a more diverse board is one of inertia,” said Mr. Montgomery. “Nominating committees of boards frequently look to their own networks for potential candidates. Given these individuals are predominately white the likelihood of their identification of a qualified person of color is low. The second challenge is one of perspective,” he said. “Boards frequently look to CEOs or CFOs as potential board members; however, it’s been well reported that CEOs of color are in short supply. The situation with CFOs is a bit better, but also quite limited. People of color are much better represented in other functional areas, such as HR, marketing, and technology.”

The Search for Diversity on Boards

Canadian companies would be wise to avoid relying too heavily on a limited pool of business leaders to guide their organizations. According to a new report by LHH Knightsbridge, to be more inclusive, candidates should extend beyond the traditional definition of excellence to be more inclusive and representative.

“The last challenge is one of expertise,” Mr. Montgomery said. “If increasing board diversity is truly a priority for boards, then for the reasons outlined above, it is far too important of an initiative to be viewed as a do-it-yourself (DIY) project. Board members are business people and recruiting isn’t likely one of their specialties. Organizations truly looking to make progress in this area should identify a recruiting partner that can demonstrate that they have an established network of people of color within leadership roles,” he said. “This is key – since the majority of search professionals aren’t individuals of color, they likely may be inexperienced in recruiting people of color for boards. Boards should focus on assessing the right recruiting partner to help with a board search, and base that decision on finding a partner that has a proven track record of placing individuals of color in leadership roles.”

“To me, these three always seem apparent,” said Ruben Moreno, HR practice lead for Blue Rock Search. “First, a board needs to expand opportunities for their company. Increasing diversity expands your idea and creativity pool, which is critical in times of rapid change. Second, when the board only represents one end of your customer spectrum, it is much more likely that you could make critical business decisions on the wrong set of assumptions, either by incorrectly over or under weighing a factor. And third, a diverse board shows through observable actions that you are acting on the principles posted on your DEI webpage. This is important because top talent will look at who is represented on your board when deciding if a company fits with the candidate’s values.”

“I mention the last one because it’s important to remember the old maxim, actions speak louder than words,” Mr. Moreno said. “Stating you are committed to DEI is less convincing when your board lacks diversity. And many top-performing candidates feel very impatient at companies who have talked this up for a decade yet are very slow to institute fundamental observable changes.”

“At Blue Rock Search, we believe in relationships built to last,” he said. “This means investing in the process of getting to know people that go beyond the job qualifications listed on a resume. It means finding out where candidates see themselves in one year, five years or a decade from now. It means learning what people see as important when it comes to values and culture.”

Building relationships takes time. It works best when you are committed to mutual disclosure, genuinely interested in learning about a person, willing to share your “truth,” and exposing your vulnerabilities, according to Mr. Moreno. “For diverse candidates, this leads to honest conversations – which supports our candidate pipeline in two ways,” he said. “First, we truly understand what people want. When an opportunity comes up, we know who to call – and that is one reason why we have presented diverse candidates in 100 percent of the searches executed for clients. Second, by treating people the way we want to be treated, we get recommended to other potential candidates.”

“Building a culture of diversity in organizations, and specifically boards, requires an enduring commitment to building relationships with diverse talent communities and partners that can help when the need arises,” said Mr. Moreno. “Diversity is not a sometime thing; it is an all the time thing. It is a conscious life changing decision to be open to bringing a diverse set of people, thoughts and cultures to the decision-making table, and into your organizations. In the end, the change in mindset is transformative, both at the individual and the organizational level.”

“Diversity on boards must begin with diversity of thought, an openness to new perspectives, and a commitment to proactively identifying and targeting diverse board members who add significant value to the culture and performance of their organizations,” Mr. Moreno said. “Again and again, companies go with the ‘Who I know’ approach. They hire people – and they might be great people – but they also might look a lot like the people already on the board. If you want someone different, set a goal for diversity; identify and engage resources to achieve the goal, and establish a timeline/target date. Sometimes just going back to the basics of ‘what, by who, by when’ can be a winning strategy even when solving a complex problem like board diversity.”

“Diverse boards bring diverse experience and viewpoints which ultimately will impact the bottom line,” said Erin Callaghan, partner at Wilton & Bain. “Deloitte pointed out that women and minority board members are more likely than white men to bring experience in areas like corporate sustainability and socially responsible investing. These are topics that are featuring prominently on the strategic agenda for many Fortune 500 firms and it’s a business imperative to address them.”

It is important for recruiters to use a variety of sources to identify and engage with diverse candidates, said Ms. Callaghan. “Using established networks and referral systems won’t suddenly magic up a whole new raft of individuals—you need to be deliberate and thoughtful about creating a broad and varied network,” she said. “Also, recruiters shouldn’t underestimate the importance of their firms and their own reputation as an active and purposeful supporter of recruiting for diversity. We should think carefully about why a potential employee would engage in a discussion with us and what we offer that may resonate with them.”

“Multiple companies are vying for the same talent,” Ms. Callaghan said. “We can see this clearly stated in Deloitte’s report and what it means is that a relatively small group women and minorities have multiple board roles. A key challenge will be to encourage firms to hire new and less well-known individuals so that the opportunities are spread more widely.”