Menu
View our Events
Stay Connected:
In a new study, BoardEx looks at how age affects one’s chances winning a board-level position. In America, the odds of landing an executive director role past age 57 are one in three.  In the U.K., the same odds hold for those beyond age 51. Women, the study found, have peak likelihood intervals that are usually shorter than for men, and these likelihoods tend to decline at a more rapid rate. 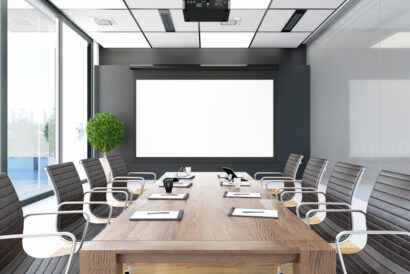 April 28, 2021 – For even the most talented people who have the right mix of experience, career options will narrow as an individual’s age advances. There is a critical time in an executive’s life when their likelihood for being appointed to a board sharply declines, according to a new BoardEx study: “The Right Age to be a Director,” which looks at the impact of age on the likelihood of being appointed to a board-level position. The study includes data on 42,608 individuals leading 5,944 public companies in the U.S. and U.K. The analysis focused on the age of appointment for all director roles including executive director, CEO, independent director and chair.  It also uses a model to estimate the remaining likelihood of a suitably qualified individual gaining one of these directorships as they age.

In almost every case, the mean age increases as the positions become more senior. The one anomaly is for U.S. executive directors, who have a mean age similar to that of U.S. CEOs. BoardEx notes that this is probably related to the relative infrequency at which U.S. boards appoint executive directors (apart from the CEO) to directorships. “In many cases, these U.S. executive directors are appointed because their expert skills are particularly relevant to the corporation’s mission,” BoardEx said. “For instance, the chief scientist may be a vital appointment to the board of a pharmaceutical corporation.”

For the U.S., those with the ambition to become a CEO, the critical age appears to be 55. According to BoardEx research, if the role has not been achieved by then, the odds of doing so are below one in three and decline rapidly even though an individual may meet all the criteria to become a CEO. Similar odds levels are hit six years later for non-executive directors and another two to three years later for chair positions. Another way of looking at this is that at age 55, all but one-third of all people likely to be appointed to a CEO role have been appointed.

In contrast, the U.K. has a much tighter age range for board positions. BoardEx found that for executive positions the critical age range appears to be 50 to 55; once beyond that, the remaining likelihood of gaining an executive board seat drops rapidly and is effectively over by one’s 60th birthday. This situation arrives about 10 years later for non-executive positions, but even for these the critical point seems to be around 65, which just happens to be the traditional U.K. retirement age. If the ambition is to become the CEO of a U.K. listed company, the critical period is the mid-50s – if this position is not achieved by the age of 56, it is increasingly unlikely that it will ever happen. Put another way, if at age 60 you are not an executive director or CEO on a U.K. board, it is highly likely that you never will achieve this role, irrespective of how qualified you may be, according to the BoardEx report.

The BoardEx report says there are several key findings with respect to gender balance. These are:

Related: As Women Gain Seats on Boards, Minorities Fall Back

Innovative executive search software platform Ezekia and BoardEx, an advanced enterprise solution connecting users with an exclusive network of global business leaders and decision makers, have partnered to offer recruiting firms a solution that will enable them to access their BoardEx account via Ezekia.

Mr. Ireland and Mr. Blass recently sat down with Hunt Scanlon Media to discuss the offerings and how this new collaboration will benefit search firms. Following are excerpts from that discussion. Click here to read!

The evidence for each of these points will be shown in these BoardEx detailed analyses. The report found that the interquartile range (the middle 50 percent of director ages) is only 12 years for all directors, from ages 51 to 63, but 10 years for women, 51 to 61, and 13 years for men, 51 to 64. So, despite the wide range of ages on display (17 to 94, a total of 77 years for all directors) the critical years for gaining a board appointment are telescoped into just over a single decade of a life, according to BoardEx.

Related: The State of Gender Equity on Boards

Given the roughly normal distribution of the data, BoardEx says that means that 68 percent of the appointments are made in a range bounded by a standard deviation around the mean. This means that 68 percent of appointments are made in the 48 to 66 age range; for women the range is in a tighter 48 to 63 band; for men, 48 to 67 years. Although similar results are found for both men and women, for women this peak opportunity window only lasts for 15 years as opposed to 19 years for men.

“It is interesting that in the U.S. and U.K., both the interquartile and 68 percent bands have the same lower bounds for men and women, even though there are clear differences at the upper bounds,” the BoardEx report said. “This could be just a data idiosyncrasy, or it could indicate a change in practice in appointing new directors that hints at a greater move towards gender equity.”

Established in 1999, BoardEx is a global technology and data solution provider. The company delivers relationship intelligence and people data on over 1.9 million organizations, and the 1.4 million individuals who lead them. The platform helps companies leverage their known and unknown connections to drive business development activities while also utilizing the firm’s proprietary data. BoardEx is a wholly-owned subsidiary of Euromoney Institutional Investor.